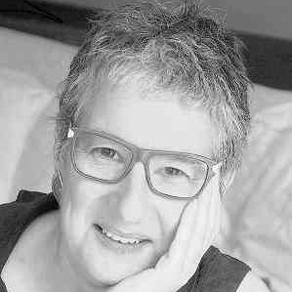 Caroline Hearst is an autistic autism trainer and consultant from the U.K. who runs post-diagnostic peer support groups for autistic adults. She runs Autism Matters and is the director of AutAngel, a community interest company run by and for autistic people. She also blogs about her autism perspectives at http://www.autismmatters.org.uk/blog.

This week Caroline shared with me her perspective on the neurodiversity movement and autism advocacy both in the United States and the United Kingdom. This interview was conducted via Skype and is transcribed below.

What are some of the benefits of embracing neurodiversity (or accepting autism as a neurological difference rather than a disorder that needs to be cured)?

We need diversity. The whole concept of neurodiversity is brilliant as it encapsulates the change that needs to happen, namely that autistic people are regarded simply as part of natural human diversity rather than people with a medically defined disorder. I suspect The culture change that is necessary, the culture change that is taking place, is slightly more advanced in my country (the UK) than in the USA. I would make a parallel with , homosexuality which used to be illegal, whereas now it is illegal to discriminate on the basis of sexuality. That is a massive cultural shift to take place in one generation. That is the sort of cultural shift we need, in my opinion, in relation to autism. That is where we need to go.

I think the term “disorder” is very unhelpful. I also don’t personally use the word “spectrum.” The idea of a spectrum implies (for a lot of people) a line that goes from low to high. People talk about low and high functioning. I prefer the term “constellation.” The truth is that when people say “high functioning,” what they really mean is “cognitively able” and being cognitively able does not make you high functioning. We have a lot of autistic people with PhDs who sit in rooms all day and stare at walls. I would not call that high functioning. I also know a lot of people who prefer the term Asperger’s because they are under the illusion that the label means they are more intelligent. For a lot of intelligent autistic people, the one thing that they have been appreciated for is their intelligence, so they feel the need to highlight it, but I believe that’s not necessary. Intelligence isn’t the only human quality of anybody, and all autistic qualities are human qualities, they are just of a different neurology. So I think the whole concept of neurodiversity is very helpful.

Is there anything wrong with wanting a symptom of autism to disappear? Or is this a dangerous slope?

No, of course not. It’s been incredibly helpful to know that I’m autistic. It’s made a brilliant difference in my life. And I think my life would have been much easier if some symptoms of autism weren’t there, but knowing they are there gives you a way of trying to address them. If you don’t have a name, you don’t understand what the differences are, and it makes it really hard to deal with. But I really don’t think that autistics should be made to say that everything about being autistic is great and wonderful.

For me the biggest issue was social interaction and not realizing that there were all these cues I wasn’t picking up on. But now that I can realize they exist, I can deal with socialization a lot better. I’m more or less fine. I will still probably say the odd thing that shouldn’t have been said, just like a non-autistic person. But people also can have sensory issues that can be really limiting. For example, they can’t go to places where there is too much background noise, yet they’d love to be in that event, and that is really life limiting. To not be able to want that to go away is silly.

I see a sort of liberation movement with neurodiversity. Historically, liberation movements have often been led by members of the oppressive class. For example, the civil rights movement initially had white people leading it, and then at the point at which it started to really work, they realized that they needed to have black people in the movement to undermine the assumption that the whites knew better. And it’s the same thing with women’s rights. There were a lot of men in leadership positions at times, and that wasn’t helpful. I think the same thing is true with autism. However, it is true that parents need to advocate for their kids.

But I’d like to share something else from a personal experience e related to autism advocacy. In America, you have ASAN (The Autistic Self Advocacy Network), and they have as one of their leaders, I’ll call x, a non-speaking self-advocate who uses facilitated communication. I was really interested in x, and was looking forward to meeting x because I found she was a fellow was speaker at a conference in Geneva.

My UK colleague and I were very concerned with the physical health of this x. When we expressed this concern to another ASAN leader, he suggested that we communicate directly with x. Well that was impossible because there was another human being who mediates her communication. I find it very disturbing that in the United States, the major group that sets the self-advocacy movement for other people actually accepts as real, communication that’s mediated only by one specific human being. There’s a simple way to check whether that communication actually is from x, but apparently doing that would be discriminatory, so we have to accept the facilitators word that what she is communicating comes from x rather than her, despite all indications to the contrary.

Do you mean a simple way to check and see whether the facilitated communication was actually genuine?

Right. What looks like what is happening is abuse. But for suggesting this, I have had a blog appear misrepresenting the situation and calling me a bigot. It is heavy. This might seem margina but I think it is frightening that an organization committed to self advocacy would promote FC, a process which can clearly lead to exploitation and abuse Authentic facilitated communication occasionally does happen; it genuinely happens. Someone who is not verbal starts with facilitated communication and then moves on to independent typing. I have no problem with that. The problem is when another human being says they are channeling someone else and you are a bigot if you question that.

Describe some of the most rewarding work you do now to help autistic individuals.

I now run a post-diagnostic peer support program for autistic adults. In this country, people get diagnosed, and often that’s it. They are not told what it means. Originally I developed training for therapists and counselors because I had training as an art psychotherapist, so I had experience in that profession. But none of the therapists I saw picked up that I was autistic. So eventually I developed training for therapists and counselors and had autistic people come in to learn about autism.

I originally assumed that people would go out and learn about their diagnosis on their own, like I did, but this wasn’t the case. Autistic people found these sessions very useful. I also feel that learning from other autistic people is one of the most useful things in the world. I developed a 10-week program that gives people an overview of autism, and a place to share how they experience their autistic traits. They get the information and meet peers. In general, it is important for people to learn they are autistic as early as possible and begin spending time with other autistic peers.