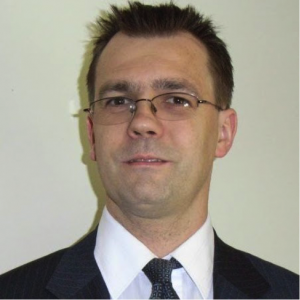 This week’s interview is with Gavin, an autism blogger and IT specialist who spoke about his experience and advice for autistic individuals in the workforce. He has been diagnosed with Asperger’s Syndrome and has two sons who are also on the spectrum. Gavin blogs about some of the positive aspects of autism at Life with Asperger’s with the overall aim “to increase the amount of first-hand knowledge about Asperger’s.” His blog includes several series articles to help parents and children on the spectrum with a variety of topics including autism acceptance, bullying, advocacy, medication, and employment.

1. What obstacles to gaining employment have you encountered?

Probably my biggest obstacles have been my own nervousness in interviews. I have a lot of problems dealing with being interviewed by several people at once – something that is sadly becoming more the norm in interviews these days.

I’m also a very honest person, so I won’t even apply for a job unless I clearly have all of the skills required. The problem there is that modern job offerings assume that people will lie about their skills, and in their job placement advertising, they ask for “everything,” even if it’s not really necessary for the job. If I see one bit of skill or experience on the list that I don’t have, then I won’t apply for the job. The same applies if I don’t feel that I have “enough” experience to be considered “expert.”

This trait sadly rules out many of the top jobs for me.

I’ve been in interviews where the CEO has not believed me about my experience. In one interview, the CEO said, “we’ve had dozens of applicants who had some of the experience we asked for, but you’re the first person to claim to have it all – so what bits did you lie about?” Once I got over my initial shock at being called a liar, I said that I wouldn’t apply for a job unless I had had all of the skills. I must have been believed because I got the job.

2. What obstacles/issues have you faced while working in your place of employment?

Most of the obstacles I’ve faced have been about people who suddenly decide to hate me for no apparent reason. It sometimes takes me a while to realize that someone is attacking me constantly, but when I do, I simply put distance between myself and them. I’ve learned over time that there’s no use complaining to management. Nobody does anything about bullies, but they do act against victims who speak out. Instead, I’ve learned that changing a roster or a desk location to be less accessible to a workplace bully is far more effective.

3. How have you had to advocate for yourself in your current or past jobs?

My current job, which I’ve now been in for 15 years, is the only one that I’ve known about Asperger’s in. Most people at my workplace now know that I have Asperger’s Syndrome, but to be honest, most people in this job and the ones prior to it knew that I was different. I was always described as unusual or weird. Now that there’s an actual label for that difference, I find that people often ask me about relatives that they have who are similar.

I don’t usually have to advocate for myself. I simply do the best job I can and stay out of people’s way.

4. Did your family or friends teach you how to self-advocate or did you learn on your own?

I learned how to advocate on my own, though I have found that talking to older people with Asperger’s Syndrome on WrongPlanet.net and in Facebook groups was very helpful. It still is.

5. Describe some of your job responsibilities and how you are currently using your skills to succeed in your work environment.

My current role is essentially “IT Department,” and I’m responsible for everything from strategy to design, purchasing, installation, testing, development, and support. I’m also quite often involved in non-IT areas because I am fairly good at ordering systems, designing naming or numbering conventions etc.

Obviously, Asperger’s factors heavily into my ordering skills. Asperger’s also helps with development and troubleshooting because I often “think in code.” I’m good at holding lots of complex details in my head and performing “dry runs” of a system at a purely mental level. This enables me to more easily spot bottlenecks and problems.

Having a good memory for technical things is useful too. I generally remember things like IP address ranges, software licensing codes, and data structures. I’ve been known to have problems remembering people’s names, but can easily remember most user names.

6. What advice do you have for other autistic individuals or their families who are struggling with finding and/or keeping employment?

First of all, don’t chase the money; chase what you love. For example, I love computers, so I work with them. Working with a special interest prevents you from getting bored, and it also ensures that you’ll be good at your job.

Secondly, don’t chase money (again, really). Higher paying jobs tend to be contracts and they tend to be both more demanding and shorter term. The best jobs are permanent and stable. Look for companies that are reasonably big, but not conglomerates. Make sure that you’re working in an area that is expected to grow and that outsourcing is not under consideration. If you’re offered a promotion, think carefully before accepting. Not everyone is cut out to be a boss. Bosses tend to be less involved in technical work and more involved with people – exactly the opposite to what someone with Asperger’s Syndrome will want.

Thirdly, avoid conflict. Don’t give your employer a reason to get rid of you. If you have a bully at work (and most people will find themselves working with a sociopath at least once or twice in their lives), don’t engage them. Stay out of their way, ignore them, and, if necessary, try to be moved away or rostered differently rather than going to the boss to complain. Bosses do not like complaints.

Don’t make yourself difficult to work with. This means that you need to choose time off carefully and that you should accept tasks that you’re given even if you don’t particularly enjoy them. Happy workers tend to be well-liked and are less likely to be fired.

7. In your blog Life with Asperger’s, you mention that you want to “focus on the positive aspects of the condition rather than the negative.” Why do you think this is important (for both autistics and neurotypicals)?

It’s very easy to find aspects that are negative about more or less anything. Unfortunately, negativity tends to breed negativity. Picking faults with others tends to make you a less likeable person. Picking faults with yourself does too because it makes you sound “sad,” and people don’t like being around “sad” people. Focusing on your negativity turns your focus inwards and can affect many aspects of your life including creativity, general happiness and self-esteem.

For that reason, I decided that Autism and Asperger’s syndrome already have enough negative stigmas attached. I decided to concentrate on the positives and on things that I thought could make a positive difference in people’s lives.

8. Anything else you’d like to say to the readers of this blog about autism and employment?

You can’t always get what you want. It’s important to follow your special interest, but sometimes it’s not achievable. For example, suppose that your special interest is airplane design. If you live in a country where this doesn’t happen much, you’ll find it very hard to get a job.

This is exactly what happened to my father, and he became a very successful boat designer. He’s not the greatest talker, and he almost certainly has undiagnosed Asperger’s Syndrome. His family, myself included, all thought that boats were his main love. It was only when I was in my twenties that he said it wasn’t. I asked him why he chose boats, and he said, “look at the sails, do you see how similar they are to airplane wings? It’s entirely the same principle.”

I also think that prospective job hunters need to follow the market. For example, right now there’s a massive shift towards what I refer to as “corporate slavery.” It’s the migration of jobs overseas to people who will accept pitiful wages. If you’re early enough on your career path and you’ve still got time to consider your options, then you should be thinking, “what jobs will still be here in another twenty years?”

Computing jobs probably will be drastically reduced, as will many other desk-bound jobs as these are all easy to outsource. Some jobs such as librarians and checkout personnel will be replaced by computers. If the Google car takes off, Taxi drivers will be in this category too.

Jobs that will tend to stay are those that require a hands-on local presence. Cooks, butchers, carpenters (on houses not furniture), plumbers, transport workers (bus and train drivers), prison officers, lawyers, doctors and nurses. If you have a special interest that intersects any of these professions in any way, then capitalize on it.

Of course, you’ll need to consider your limitations too. If you have problems with people, then putting yourself into people-centric jobs isn’t the best idea.