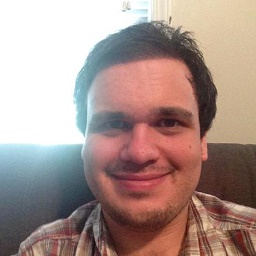 Bennett Gaddes is the chairman of Autistic Self Advocacy Atlanta and co-founder of Spectrum Codes, an advocacy group with the purpose of preparing neurodiverse individuals for careers in technology. He is especially interested in creating accessible technology. This week Bennett discussed his involvement with Spectrum Codes as well as his perspective on the current state of disability advocacy.

Describe your role as ASAN Atlanta chapter leader. What are your daily duties? What is most meaningful about this work?

My duties as a leader of Autistic Self Advocacy Atlanta mostly involve working with other disability organizations such as Disability Link or Hirsch Academy to set up events supporting neurodiversity. Past examples have included a sensory-friendly night at Legoland and the annual Disability Day of Mourning vigil.

What are some of the most important priorities of ASAN today? Does this vary across chapters?

ASAN is all about independence. All people, regardless of disability, have the right to live and work in their own communities. That is the gist of legislation such as the Americans with Disabilities Act and litigation such as Olmstead v. L.C.

To be frank, recent government positions on disability are straight up terrible. Perhaps the first major red flag was a presidential candidate debate in 2015. At this event, a couple participants repeated the long-disproven idea that autism was caused by vaccines. There was no other candidate that was willing to give a rebuke to this dangerous notion. Of course, I don’t need to mention that one of them later mocked a disabled reporter’s appearance.

In terms of actual policy, every disability group I am familiar with has spent the past year and a half profoundly unimpressed. A major point of contention we have with the current administration is the proposed work requirements for Medicaid. I’ve been out of work for long periods of time and know how much of a grind it is. I’ve also never once met someone who aspired to live off Medicaid for the rest of their life.

Finally, the Administration for Community Living seems to have recently come out in support of “segregation” and “reinstitutionalization” of disabled people. A spokesperson recently made comments as such at an Autism Society conference a few weeks ago. Hearing stuff like this from a government official that supposedly is in a position to promote independent living is a nightmare for all disabled people in the USA.

This really doesn’t do justice to the current situation. I could go on with incidents in which the current administration has demonstrated its opinion of disabled Americans, but those are easy to seek out and too numerous to list here. The bottom line is we are wondering if this is still our country. We expect the administration to do more to demonstrate that autistic people are actually welcome in their own country than point some blue floodlights at the White House.

What inspired you to begin Spectrum Codes?

Autism has recently become somewhat of A Thing in technology circles. The stereotypical autistic person is amazingly talented in programming and works in either academia or some large tech-centric corporation. This idea unfortunately obscures several big details about autism. First, many autistics assume they can’t program because they don’t have a technology-based degree. However, the technology industry is constantly growing, so we’d like to find some good “on-ramps” that a neurodiverse person could use to enter it. On the other hand, a healthy culture is necessary for any new employee of a tech company. We also intend to identify companies in which neurodiverse employees can thrive.

Who specifically does Spectrum Codes serve?

Spectrum Codes serves any neurodiverse person in the Atlanta area who is interested in exploring technology as a career.

What’s one of the most frustrating misconceptions about autism that you’ve personally encountered?

I believe there’s two big misconceptions at the root of the mess surrounding the discourse around autism. First, that autism is a much bigger deal (for good or bad) than it really is. At the root, autism is nothing more than a difference in how the brain processes information. It’s risky to make it more complicated than that. The second misconception is that an autistic person can be made neurotypical, often through means that are simple, if not cheap. Badly sensationalized reporting of the effects of autism plus the notion that it can be easily reversed for a price have made parents of newly-diagnosed autistic children targets for peddlers of all kinds of woo. And in the very worst cases, the children have become victims. There is an annual Disability Day of Mourning to remember these victims. The remembrance list honored on this day contains several people who received pseudoscientific treatments for their condition, which ultimately killed them.

Myself, because nobody cares about me more than I do.