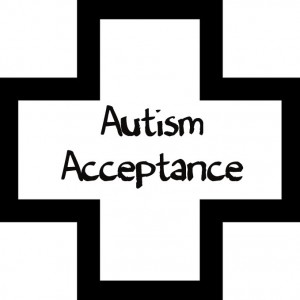 “Awareness” is a vague, hackneyed noun that every supporter of any cause in the world touts as their primary advocacy goal.

But what does it mean to be more aware of autism? Or breast cancer, or childhood leukemia, or poverty, or heart disease? Knowing that someone suffers doesn’t mean that much unless people are compelled to act. There must be a secondary agenda beyond awareness.

In the autism community, “awareness” campaigns have led to educating the public on the full range of autism spectrum disorder behaviors and childhood indicators to watch for in order to fully benefit from early diagnostics. The autism awareness campaigns have been particularly effective in achieving these goals.

But beyond autism awareness sits the critical issue of autism acceptance. Someone may be “aware” of autism, but does that mean he or she “accepts” it? Autism acceptance means acknowledging past prejudices about autism and taking action to establish a brighter, more inclusive future.

Many autistic self-advocates have tackled the issue of autism acceptance, dissatisfied with past campaigns that aren’t drawing attention to the broader civil rights issue, and challenged advocates to enhance their “awareness” messages. Autistic self-advocate Paula C. Durbin-Westby even founded Autism Acceptance Day to promote this overlooked social agenda.

Autism acceptance campaigns emphasize both awareness and change. They move beyond the simple transmission of knowledge about autism and challenge people to act. Anyone can lazily become “aware” of something, but to truly “accept” it means adopting specific beliefs and acting accordingly.

The Autistic Self Advocacy Network hosts a website entirely devoted to autism acceptance and the promotion of April as Autism Acceptance Month. Autismacceptancemonth.com encourages people to promote autism acceptance with action and offers specific resources catered to autistic self-advocates, parents, educators, and employers. Some of these resources include fact sheets about early intervention programs, I.E.P.s, inclusion, and making the least harmful assumptions about disability.

The site also offers Autism Acceptance Month apparel and gifts as another way of promoting the conversation about neurodiversity.

Autism awareness fundraisers are now prevalent all over the world. If you aren’t already in a leadership position for one of these campaigns, it may (or may not) be impractical to think you can change the entire marketing focus and rebrand the promotional material. However, there are simple ways to promote autism acceptance at these events:

Autism acceptance still begins with awareness. But not just awareness of what autism is, but how people view it. Many people have never even heard of neurodiversity or the idea that some autistic people don’t think they have a horrible condition they should be rid of.

Hearing from autistic self-advocates has been a humbling experience for me, which is why I think it’s essential that all parents take the opportunity to connect with autistic voices. Autism advocacy begins with listening to autistics and supporting their voice in the autism conversation. Autism acceptance occurs when you act on that message.

Why I Burned My Book and Other Essays on Disability, “Elizabeth Bouvia, Assisted Suicide, and Social Prejudice” Temple University Press, Philadelphia 2003. p.150.