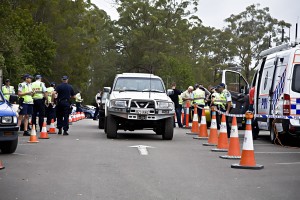 We’ve all heard it. The media has been (intentionally or not) linking autism to violent crime over the past few years in the United States. A few years ago it was Sandy Hook. More recently it has been the Umpqua Community College Shooting. Mentioning that a shooter is on the spectrum along with a description of the violent crimes he has committed inaccurately inflates the significance of autism in these situations. People without intimate knowledge of autism hear this reporting and continue developing misconceptions and stereotypes about autistic people. The autistic community has spoken out on numerous occasions requesting that the media avoid making unwarranted connections because of the inaccuracies they imply and the damage the link does to people living on the spectrum.

What’s The Problem with Linking Autism to Violent Crime?

The first problem many autistic self-advocates and their neurotypical allies point out is that the implication that autistic people are more likely to commit violent crimes is simply false. Autistic people are not more likely to commit violent crimes than anyone from the general population. In fact, autistic people (as well as anyone from the disabled community) are far more likely to be a victim of violent crime than any perpetrator. Furthermore, the actions of a few do not reflect the violent potential of the broader autistic community; therefore, media links suggesting so or even the mere mention of autism in such stories is irresponsible. It creates fear and promotes stereotypes as a way to possibly explain or provide motive for unspeakable crimes. But autism isn’t a motive or an explanation for violent crime.

Sometimes the general public is likely to easily attribute violence to autism because of misunderstandings about autistic behavior. While it’s true that some autistic people act aggressively, this is not the type of behavior that leads to violent crime. U.S. News and World Report published an article in 2012 attempting to debunk the autism-violence link and included quotes from Eric Butler, assistant professor of pediatrics and psychology at Ohio State University. He said, “People with autism spectrum disorders, including those with Asperger’s, may exhibit aggressive behavior when compared with peers, but it is a completely different type of aggression…Research suggests that aggression among people with autism spectrum conditions can occur 20-30 percent more often than compared to the general population, but we are not talking about the kind of planned and intentional type of violence.” Aggression from autistics is most often associated with communication difficulties and not the motivation that would incite violent crimes on small or large scales.

Autistic people are already discriminated against in many ways, and this sort of association damages attempts to promote autism acceptance and further alienates autistic people from society. Careless associations that are made in news headlines, for example, can be especially harmful to the public perception of autism. Often times these headlines are the only thing that is read, and the content of the article, which may or may not promote inappropriate links between autism and violence, is never absorbed.

In May of 2014, the Washington Post published an article “Study: ‘Significant’ Statistical Link between Mass Murder and Autism, Brain Injury” that caused a stir within the autistic and autism communities. The study’s lead researcher, Dr. Clare Allely, from the Institute of Health and Wellbeing at the University of Glasgow said, “It is crucial to note that we are not trying to suggest that individuals with ASD or previous head trauma are more likely to be serial killers or commit serious crime. Rather we are suggesting that there may be a subgroup of individuals within these groups who may be more likely to commit serious crimes when exposed to certain psychosocial stressors.” Despite the assertions of the lead researcher, the article’s headline made a shocking (and misleading) claim. John Elder Robison, autistic self-advocate and author is one of many advocates who spoke out afterwards: “There is an overwhelming body of evidence that autistic people end up victimized far more often than we victimize others. There’s no prior association between being autistic and premeditated aggressive violence. Articles like the one in the Post lead to further exclusion and victimization from a fearful uniformed public.”

Speculations or mentions of autism in news descriptions of perpetrators of violent crimes unfairly perpetuates a false link between violence and autism. Most autistics want to be accepted by society and not feared. Careless links like this create more unnecessary apprehension among the general public, a major roadblock to this goal. Next time you hear someone casually explain a crime by attributing it to autism, consider how this makes the autistic community feel and the damage it does to societal relations and autism acceptance.

Additional Resources about the Problem with Linking Autism to Violent Crime