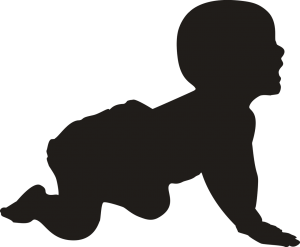 Someone commented to me recently about how my son’s particularities reminded him of his own son. He joked about his son, saying, “If he’d ever been tested as a child…who knows what they [the doctors] would have diagnosed him with!” I’ve heard similar statements many times before, and, while I know they are well-intentioned (meant to show similarities between typically developing children and those on the spectrum), they still bother me.

The idea that someone can outgrow autism may be misguided, and the autistic-like traits people reference in neurotypical children can illustrate a misunderstanding of autism. It’s certainly possible that a misdiagnosis of autism can occur. If someone feels they have been falsely diagnosed, then a reevaluation may be helpful. I discussed the positives and negatives of retesting for autism in a previous post. However, when a diagnosis is accurate, it offers specific information about how that child or adult perceives the world. Autistic people will grow and develop and improve functionality and productivity just like any other neurotypical child will. They will learn to adapt to an environment that may not always be welcoming. They may not “look” autistic. This doesn’t mean they have outgrown autism.

The Problem with a Belief in Outgrowing Autism

Believing someone can outgrow an autism diagnosis (or constantly making comparisons to NT children with the same traits) poses several problems:

What Autistic People Are Saying About Outgrowing Autism

John Elder Robison wrote about how he was able to test above the autism threshold in several areas, but he said he was still autistic. He also said:

“Some of us do an excellent job of masking disability, especially in middle age.”

“Yet I do believe we can outgrow autistic disability.  The degree to which we succeed varies but most of us get better as we age.  In addition, recent studies suggest that our brains may develop in a more typical direction much later in life – even in middle age – and that may help older people like me.”

Autism “is intrinsic to who we are — it’s the hardware, not the software.” -Carol Greenburg

“In most, if not all, cases of apparent recovery, people have not actually lost their autism, but rather have learned coping mechanisms that allow them to “simulate a non-autistic persona,” even in formal assessments.” -Carol Greenburg

“Ari Ne’eman, president and co-founder of the Autistic Self Advocacy Network, argues that losing an autism diagnosis deprives people of the opportunity to be part of the autism community, and that adults in this situation often sense that they’re somehow different, but can’t make sense of the feeling. In other cases, children may reject their own history.”

Handling Situations with Other Parents

This is not an easy idea for parents of neurotypical children to understand, especially if they are comparing their child to someone on the spectrum who is verbal and social. I remember having a conversation with someone once who had a story or explanation for every behavior I said I was concerned with regarding my son. She would remark that one of her children did that too (or still does it). I kept responding with ways my son was different, trying to explain a little more about what he was going through, but she just kept minimizing and dismissing my concerns. I finally had to say, “It’s just different. It’s more intense. It’s different.” I was agitated by this exchange at the time, but I’ve learned to try and make peace with it. These people are only trying to be nice, perhaps trying to normalize autism in a way (which can have its own benefits as long as specific disabilities are acknowledged and supported as well). Last week Chris Bonnello discussed this topic a bit in our interview. His insights have helped me try to empathize with parents of non-disabled children or those without any personal experience with someone on the spectrum, which I believe is helpful in framing and executing an advocacy agenda.

“Some Children Do Outgrow Autism, But It’s Not What You Think”

“Why Some Children May ‘Grow Out’ of Autism”