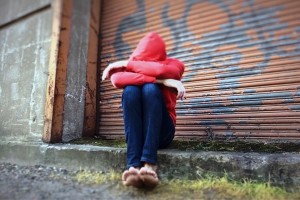 When I first heard someone on the spectrum talk about “passing,” I didn’t realize how this prevalent and conscious this effort was on the account of many autistics. The person I was speaking to was referring to “passing for neurotypical,” in other words, acting neurotypical enough that someone else wouldn’t recognize they were autistic. Outsiders often dismiss the severity of any disabling conditions when they see autistics who act non-autistic. However, many can pass for neurotypical only with great effort and feel pressured to act this way, living in constant stress over every small behavior and decision they make and never feeling accepted for who they are. To deepen understanding of the autistic pressure to pass for neurotypical, it’s important to read what other autistics are saying about passing and examine situations in our lives where we create this pressure for our children or for others.

The Problem with Hiding Autism

Because of ingrained training and fear of social failure, autistic people tend to hide their autistic traits. They may not have a supportive peer group or even family to make them feel comfortable living as autistic people. This practice can be physically exhausting. Cary Terra, a psychotherapist specializing in working with adults on the autism spectrum, discussed on her blog Aspiestrategy.com the characteristics of the “hidden autistic” and the unhealthy physical and emotional consequences this behavior might pose. Cary talks about one of her patients whom she describes as “quietly confident and wry, intelligent and perceptive.” She says, “People responded well to him, really liked him.” Cary’s colleague even ridiculed his diagnosis of Asperger’s Syndrome. But while her patient appeared comfortable and capable carrying out the socialization requirements of a typical day, he was returning home exhausted. Cary says “His wife come home to a man who has retreated to isolation as a desperate attempt to find peace and rest.” Many people who live with someone on the spectrum may understand this sort of fatigue. Cary worries that “hidden autistics” carry a tremendously difficult daily burden that may have dangerous long-term mental health consequences for both autistic people and their spouses or children.

Additionally, as a parent, it is dangerous to constantly encourage children to hide autistic traits because this behavior admits a belief that there is something wrong with autistic people and that the only way they can be accepted is to become someone else. Many autistic people, may make regular efforts to fit in with their neurotypical peers and colleagues, but they become discouraged if they feel like they have to hide their autism, repeatedly repressing their natural selves in order to be taken seriously. Alyssa, an autistic blogger at Yes, That Too, explains that sometimes she was able to hide in other people’s “cluelessness,” which made acceptance slightly easier. For example, because she was considered academically gifted, she could hide under the assumption that “gifted kids are weird.” But Alyssa hid her hand-flapping after she was repeatedly called “ret*rded” because of it by her third-grade classmates. It took her nearly ten years to finally feel comfortable flapping again.

Parents and therapists must realize the social implications communicated in behavior corrections. While some behaviors that may harm other people physically or emotionally certainly need to be addressed and modified, there isn’t moral justification for eliminating autistic behaviors such as hand flapping. Alyssa has some encouraging words for autistic children suffering from the pressure to constantly hide:

“There may be people who bully you, who make fun of you, who beat you up. They might call you horrible things…They might tell you it’s because of the ways you are different. They are either confused or lying. The bullies who tell you that’s why are probably lying. The adults who tell you that it’s your fault and that it would stop if you just stopped acting so autistic are probably confused. That doesn’t mean you need to be confused. It also doesn’t mean that you have to act less autistic.”

If more people would be accepting of neurodiversity and more willing to accommodate the needs of those who are different from them, the overwhelming pressure to hide wouldn’t torment autistic people.

Therapy That Emphasizes Passing for Neurotypical

Applied Behavior Analysis (ABA) is one form of therapy that has received negative attention (mainly from autistic self-advocates) in teaching “passing” behaviors due to inappropriate application of its core principles. The area in particular that deserves attention is the order to discourage harmless stimming (self-stimulating behavior). Many autistic individuals participate in a variety of different stimming behaviors to communicate, such as hand flapping, rocking, and fidgeting. Forcing children to sit quietly by restraining their hands doesn’t help them improve attention. Teaching children not to rock so that they can “pass” as neurotypical sends them a message that there is something wrong with being autistic, and it is favorable to hide any trace of it. Other ABA therapists aim to only correct stims that are harmful or distracting. For example, parents or therapists may target self-injurious behavior or the tendency to make loud, distracting noises in public as behaviors to eliminate through ABA as they may potentially cause safety concerns.

Parents and therapists must always be cognizant of the power differential in clinical environments. If an autistic person has not voluntarily signed up for a particular therapy, then someone else is determining what his or her needs are. Parents of nonverbal autistics have the most difficult task of making these decisions among significant communication barriers. They often speak of the surprising things they learn about their children when they teach them to use communication boards or voice augmentation and speech-generating devices (SGDs). If parents can misinterpret something as basic as a favorite color (as Margret Ericsdottir describes in The Golden Hat: Talking Back to Autism), it is likely to misunderstand an opinion regarding the intricacies of a particular therapy regimen. Parents of verbal autistics may have an easier time understanding their children’s passions and frustrations, but they still must practice empathy with their parenting demands and try not to lose sight of the fact that their children have different needs than they do. This is an important role and one must consider how necessary the elimination of the behavior truly is and how to substitute more appropriate, healthier behaviors that can still serve the stimming or communicative need of the autistic person.

There is a distinction between teaching autistic children to pass for neurotypical and assisting them with achieving social success as a minority in the neurodiversity pool.

When their children are young, parents must guess what skills they believe are necessary for their children to thrive. But, when possible, autistic individuals should be an integral part of shaping their own life paths and communicating what they want and need help with in order to achieve their goals. For example, an autistic person who expresses a desire to work as an elementary school teacher may want help studying specific interview skills that might showcase his ability to work well with children. If an autistic child only grows up around neurotypical people, this might fuel a prioritization of understanding neurotypical communication.

It is inappropriate to force autistic people to study neurotypical behaviors so that they can “pass” as “normal.” Normalcy should not be the end goal. Instead, parents and caregivers have an obligation to help their autistic children grow to lead happy and meaningful lives.