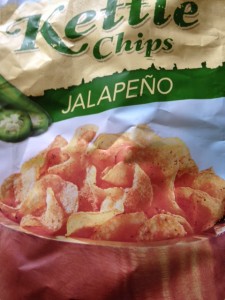 It’s a gross understatement to say my son is a picky eater. The eating progress I could brag about would horrify the typical parent. I am grateful for each of his successes and his potential to continue improving. Many individuals on the autism spectrum have feeding challenges; however, they differ in their specific difficulties and needs. This is my son’s story and a summary of what I want other parents to know about their own feeding journey.

My son was born early. Way early. My water broke at 25 weeks, and he was born three weeks later at 1lb, 12oz. Teaching him how to eat was on hold for months as doctors and nurses worked to keep his tiny systems functioning. He spent the first six months of life in the NICU and PICU, coping with a host of medical problems including ventilator-dependency, floppy airway leading to a tracheostomy, retina detachment, and heart issues, to name a few.

He was allowed to begin bottle-feeding when he got a tracheostomy, but he fatigued very easily because he still needed a ventilator to breathe. Whatever he couldn’t eat from his breast milk allotment was then fed to him through a tube in his nose (NG tube). He never drank enough milk to sustain life, so, when he was finally stable enough on his ventilator to heal at home, we brought him home with a feeding tube in his nose (along with plenty of other medical equipment and supplies).

It didn’t take us long to realize that the NG tube was not enough. We were using it all the time because his eating was declining. Shortly after coming home, he returned to the hospital to have a g-tube placed in his stomach.

While the g-tube allowed him to grow and gain strength (we could ensure he had exactly the amount of calories he needed along with any necessary vitamins, supplements or medicines), we saw an immediate loss of interest in feeding once we started using it, and eventually, feeding aversion. I want to add here that we followed all of the recommended protocol to prevent this from happening (timing feedings with meals, avoiding continuous slow feeds since he could tolerate it, offering him food by mouth before a feeding, offering him something to eat, lick, or chew on while he received a feeding, etc.). Sometimes doing everything isn’t enough. Perhaps my son couldn’t work on developing eating skills while learning how to breathe. I’m not sure. What I do know is that the g-tube helped him gain strength to finally ditch his ventilator at age one. He wasn’t eating anything by mouth yet, but this was real progress.

Slow and Not Steady

For the next several years, he struggled with eating. He started by only drinking milk from a specific type of cup. He would lick certain high-flavor foods, but it took a long time for him to actually ingest anything. When he did finally eat (around the age of 2), he only ate dry, crunchy textures and in very small amounts. He had a strong feeding aversion to anything warm, wet, or soft.

He saw the gamut of feeding aversion therapists over the next several years. He received speech therapy services at our home from a certified feeding therapist. She worked for our state’s Division of Disability and Rehabilitative Services program for children under three with developmental delays. After he turned three, he continued therapy in a clinic, as well as consulting with several doctors and nutritionists, and he eventually also received feeding aversion services in an ABA program clinic setting and then at home. I will talk more about each of these experiences in Part 2 of this post.

He drank enough Pediasure by the time he was 4 that we could finally remove the g-tube for good. Today he has made considerable progress, although a milk-based nutritional supplement still comprises about 70% of his daily caloric intake.

Teaching my son to eat has been an emotional journey, and I know there are many more of you who share this daily struggle. After seeing a modest amount of success, I want to tell all parents faced with the challenge of raising a healthy child who is extremely aversive to feeding these three things:

You Don’t Have to Be Perfect

While coaching aversive eaters is an extremely delicate process, try not to overburden yourself with unrealistic expectations. Successful feeding aversion plans are typically the result of hard work on the part of the client, family, and a team of therapists and doctors, but your professional help should also be showing you how you can implement an effective plan on your own.

When my daughter was born, my son was almost three, and I had to transition from devoting my life to encourage his healthy development to learning how to raise a newborn child whose care was nothing like I was used to. I felt guilty about this transition. While I knew that having a sibling would be healthy for his social development, I knew it would be more difficult to arrange and execute all of the techniques we had been practicing. My son needed a lot of attention when he ate. He had to be “warmed up” to his food before he tried anything. We played games and read stories before eating anything. This was especially difficult while tending to the needs of a newborn. Over the years I’ve learned to find different ways to work on enhancing his eating skills while not overwhelming him and maintaining a workable routine.

It’s important to discuss your daily routine with any therapist or doctor who is offering you feeding advice. If their suggestions aren’t practical for you to implement, then tell them so they can offer alternative solutions. You don’t have to administer professional therapy to your child at every meal in order for him to make progress. In fact, too much unnatural emphasis on eating may hinder progress. The road to feeding success is slow, it’s just important that you’re on it. It’s okay if your child needs to eat Jalapeño Pringles for breakfast every morning, or never eats any solid fruits or vegetables for years. Just try to keep moving in the right direction.

You Don’t Have to Make A Huge Financial Investment

Many insurance companies cover speech therapy and/or feeding therapists. Some (not all) speech therapists have feeding certifications. If you are having trouble with insurance coverage, consider finding a therapist willing to offer consultations and follow-ups rather than weekly appointments. This can be much more affordable and help you transition to natural eating exercises and routines rather than ones contrived in a clinic setting.

Based on my experience with my son, I’ve realized that eating success largely depends on the person working with him. When I found that magic person and realized that after working with our family for three years her services would no longer be covered under our insurance policy, I panicked because I knew we wouldn’t be able to afford regular therapy. We settled on a few consultations and were pleased with the results. There are also many free online resources with strategies to help parents augment their feeding aversion plans. If you don’t think you can afford regular feeding aversion therapy, consider consulting with your child’s doctor regarding ideas you’ve uncovered in your research.

Don’t Worry About the Lady At the Grocery Store

I sometimes feel compelled to relate my son’s personal eating history to anyone who sees us in public. Like the waiter at the restaurant who watches me dump chips and crackers on my son’s plate while we all order from the menu. Or the older woman in line behind me at the grocery store taking inventory of the high-sodium and high-fat junk food in my cart. I avoid summarizing his medical history in a brief courteous sentence, acknowledging that it doesn’t do him justice, and frankly, it’s fatiguing. It’s taken me a while to learn that it isn’t healthy to stress over things I can’t control, namely the judgments of others.

However, I do think that gracefully “putting people in their proper place” can be extremely satisfying and important. Try not to let the opinions of others get you down. You can gain traction in learning to advocate for your child and teaching others not to judge.

Part 2 of this post will discuss different feeding aversion approaches and strategies that many children with oral or sensory aversions (both on and off the spectrum) have found success with.