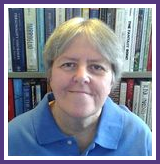 A.J. Mahari is a counselor, life coach, mental health and personal development coach, and author on the spectrum. A.J. was diagnosed with Asperger’s at age 40 and manages the website aspergeradults.ca, which seeks to talk about not only her own experience and insights as an adult with Asperger’s, but also call attention to the gender differences in females and males with AS. This week A.J. shared some of her experiences as a counselor to other individuals with Asperger’s, the stigma of autism, and how to advocate for people on the spectrum.

Stigma in a lot of areas is something that we hope will get better, specifically with the autism spectrum, and Asperger’s in particular. What I’m seeing is that it seems like Asperger’s was coming into its own in terms of becoming less stigmatized and more accepted in general society. But then the DSM slid it into the general autism label, which I don’t think is fair to people with Asperger’s, and I think it’s brought more stigma and more confusion to the diagnosis. It’s also not fair to the classically autistic because they contribute to society in very different ways than those with Asperger’s. I think it did everyone a disservice, even parents. In these ways, I think this stigma has slightly increased.

Asperger’s had its own category in the DSM4, but now it’s categorized under ‘Autism Spectrum Disorders’ in the DSM 5. These are developmental disorders, not mental health disorders or psychiatric illnesses, so I don’t even know why they are in this book. To be blunt, I think that’s an attempt on the psychiatry profession to stigmatize and pathologize something. We have to accept whatever autism is in all of its forms, not that it’s “normal,” but that it is what it is. The fact that ASD is in the DSM 5, the “bible of psychiatry”, by nature classifies it as a mental illness, and it’s not. That’s a continuing stigma that we could have otherwise overcome by now.

Another stigma circulating society is that Asperger’s Syndrome and Narcissism Disorder are the same thing. Asperger’s individuals are not narcissistic; they express empathy in their own ways. The idea that people with Asperger’s don’t have empathy is ridiculous. This empathy is not going to be expressed how a neurotypical expects it to look like. When a child reaches out for a hug, there is empathy and feeling, but it’s not exactly what people think it should look like. This, in particular, is a horrific stigma. So many autism websites list a lack of empathy as an autistic trait. It’s simply not true.

What is the most frustrating thing that neurotypicals often misunderstand about autism?

It’s hard for neurotypicals to understand autistic individuals. And I wasn’t diagnosed until I was 40, so I don’t have the childhood experience of that. But one of the things I’ve seen with Asperger’s clients I’ve worked with is that the parents were so desperate to get their (mainly) sons in their 20’s to 30’s to be something they just can’t be. They would force them to talk to me, and, as you can imagine, their sons didn’t really want to talk to me. So I was getting only one-word answers.

I really believe in this, and it might be hard to hear: Parents shouldn’t focus all their energy on forcing their children to become neurotypical. There are lots of changes parents can help autism/Asperger’s children make, but they can’t force them to become neurotypical. This is really harmful and damaging and not accepting of the person on the spectrum. I don’t think anyone does it in a bad way, but it’s not the most loving way to be. There needs to be much more acceptance with how far parents can help their children grow and what they can accomplish, and loving that child for who they are and not what they can grow into. I’ve learned to push limits pretty far, but not to ever expect clients (or myself) to be neurotypical. Parents love their children and want them to have the best lives possible, but parents sometimes make the mistake of trying to turn them into something they can’t be.

Can you think of an example of a time when one of your parents or teachers tried to push you to do or learn something as part of their agenda for you that didn’t really match what you wanted for yourself?

There I was during all those formative years of my life with Asperger’s and not knowing it. So I was obviously different and didn’t understand why. There were so many things that happened to me that I had no understanding of. After I was diagnosed with Asperger’s, I thought back and things started to make sense. For example, I can’t do math. I don’t have science or math skills. I have skills elsewhere. Being pushed to do other things my peers in school were doing, such as math, was hard. I just couldn’t do math. Period. In so many other ways, I was also getting feedback that I wasn’t okay.

When I played sports, I excelled, but I wasn’t connected to the other people. There were a lot of expectations around the social aspects of sports, but I was never on the same page. The only reason I was “put up with” or allowed to do what I wanted to do there was because I happened to be a pretty talented athlete. But I was quiet; I didn’t know what to say. I think that had I been a little less of an important cog in some of the teams, they would have outright rejected me.

The other thing that was nightmarish that I didn’t understand was adolescence and watching what the other kids were doing and not having a clue what was going on. It was hard not having those experiences in my life: for example, dating, and other social experiences.

Some people are so angry towards autism organizations, Autism Speaks, for example, because they suggest that there is a way to make people who aren’t neurotypical, neurotypical. I’ve found ways to push myself to grow and develop. You can grow children, but don’t advocate this way thinking you will make your child neurotypical. With Asperger’s, I think the condition is a different ability; I don’t think it’s a disability. I think sometimes it’s no fun socially, but again, my strongest message is to let someone be who they are, whatever that means, and however they can grow. I don’t know a lot about classic autism, but I’ve seen nonverbal people use technology to grow. Parents can use whatever technology is available to them to do this, but they must accept who they are and love them as they are.

Some people label things as a disorder, but who’s to say that we all aren’t just made to be different, and if we can accept the differences, we can still find a lot of common ground.

What’s the most important thing parents can do to aid a child’s positive autistic development?

Acceptance first, which, for most parents, takes a little time. Then encouraging and loving them, looking at where there’s maybe room to do some learning and teaching. Keep normalizing who they are because they are going to get enough experiences throughout their life of feeling different. Talk a lot about differences and how difference is okay, and really celebrate who they are so they can grow up with strong self-esteem and self worth so that they can meet the challenges that everyone goes through being a little bit different.

There’s also incredible accomplishments they will have. Accept your child and encourage whatever growth you can. I don’t think we’d have half the technology we have today without Asperger’s individuals. It’s important to remember that those of us on the autistic spectrum can encounter bullying or really painful experiences, but believe if you give your child a strong sense of self worth, they will be made stronger with every troubling circumstance. Help them develop as much independence as they can.

Parents need to know that there is no normal out there. One of the things I struggled with after my diagnosis was despair with the idea that I would never be normal. But there isn’t any normal. I think we need to learn to celebrate that more. There’s this idea that there is a normal everyone else out there, and everyone wants to be like them. The greatest thing a parent can do is to help their child be the best human being they can be. This is true both for neurotypicals and other people on the spectrum.

Parents can also work on recognizing their child’s empathy and how that is revealed. Even if they have a hard time reaching them, it doesn’t mean the feeling isn’t there. It’s in there. Parents can teach and model what doesn’t feel natural about showing empathy so other neurotypicals can recognize it in future relationships with their children.

A.J. Mahari has a suite of free resources useful to adults on the spectrum and their parents. A few of them relevant to this post are listed below: