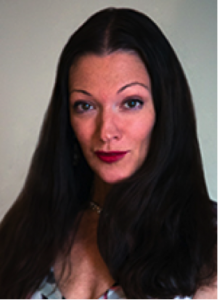 Ms. Simone is the author of 6 books, founder and creator of www.Help4aspergers.com, and the founder and President of The International Aspergirl® Society. Credited with coining the term “Aspergirls”, Simone, along with Liane Holliday Willey, helped bring female Aspergers to the forefront of cultural awareness. She created the first “Table of Female AS Traits” now widely used by doctors everywhere to help identify AS in women and girls.

Simone gives presentations and webinars for professional and personal development and is also a composer, musician, recording artist and engineer, and actor. This week Ms. Simone shared with us her perspective on autism, dating, and her work with the International Aspergirl Society.

How do you use your personal experiences to help others on the spectrum? What have you experienced that you’ve found to be valuable for others?

Does autism disappear in some situations with time? Or do people just escape diagnostic criteria?

There’s varying opinions on this, and, first of all, everyone’s journey is their own journey, it’s personal, and I can’t speak for everyone. I can only speak for myself. There have been times, for example, when I have changed my diet, and my anxiety, my anti-social tendencies, and my need for soothing behaviors was reduced dramatically. That was a direct result of changing to a gluten-free diet, so at one point, I thought that I was no longer on the spectrum. But also at the time, I was spending a lot of time alone. And, as it’s been famously said by many people, especially Professor Tony Atwood, we are only autistic in relation to other people, so when we’re alone or with other people on the spectrum, we don’t have the need to feel different. So I think it really depends on what you’re putting into your body, I think it depends on how much socializing you have to do, whether it’s socializing of your choice or socializing that’s forced on you, like at your work environment, for example.

From my perspective, having researched a lot about Asperger’s and having written so many how-to books on what to do and what not to do, I realized I had to apply my own advice. By applying my own advice, I was really able to turn my life around rather dramatically. So all those things can kind of conspire to make a person feel as if they are no longer on the spectrum, but all it takes is one of those things to come out of balance and once again we realize that we are very much still on the spectrum. That can be a pleasant thing. Now it is for me. But there was a time when it was an unpleasant thing, when I wasn’t understood, when I wasn’t supported. It’s really a relative condition.

Tell us about the International Aspergirl Society? What kinds of events do you have?

It started out as an idea for me to hang out with other Asperger women I know on Facebook. But then I had the idea of turning it into a society with member benefits and inspirational videos. There is a collective Asperger’s unconscious already but I’m trying to publicize and tap into the collective unconscious of women on the spectrum.

The International Aspergirl Society has videos and articles which are just for members, and a members in action page where people in the society can share what they are doing. We have playwrights, actors, authors, pilots, scientists, all kinds of people who have joined. We also have events all over the world. We have one coming up in Rome, others in Zurich and Paris. We’re only a few months old and we’ve already had then in Berlin, Paris and NY. Members get to attend the events for free. The purpose of these events is to talk about the things that are important to women on the spectrum. Other people can come too, but they are by us and for us. Members also get consulting Skype sessions with me for free. Starting next year we will have a forum where we can talk to each other. We are reaching out to one another and connecting. The feeling is one of excitement and possibility.

What are some unique considerations people need to think about if they are dating someone on the spectrum?

When you are dating someone on the spectrum, there are so many things you need to know. One is, especially if you are dating a woman on the spectrum, that we hate to be controlled, yet we can be kind of controlling . The irony does not elude me here. We can be very sensitive to criticism, but we can be very critical at the same time. And that’s because we’re perfectionists. So, for example, if I’m dating a man, my tendency would be to critique and criticize because I want things to run as smoothly as possible, and it seems kind of illogical when people do things that don’t enable a situation to run as smoothly as possible. For that same precise reason, we can be sensitive to criticism because that means on some level that we are failing in our quest for perfection. Both of these things can be navigated or reduced. Knowing about them is half the battle.

What mistakes do autism advocates or other parents of children on the spectrum make?

I’m not an expert on raising children with autism. My own daughter is not on the spectrum. I am a parent though, and I know that, as a parent, there are a million choices about how you can raise your child and there is always that second-guessing of yourself. All you can do is follow your gut, do your research, and don’t believe everything that every expert tells you. Always get a second opinion. If something doesn’t sit well with you, there is probably a reason for that. Get online, talk to other parents, do your medical research.

A lot of the evidence in autism and Asperger’s is anecdotal. Science can sometimes lead us down a path that is interesting, but not very practical. Sometimes the most practical advice we can get is anecdotal from other parents or people on the spectrum. I think there is no cookie cutter way for raising a child on the spectrum. Every family, town, city is unique. You just have to follow your instincts and gather as much information as you can get, even if it seems overwhelming at times. You need to read, talk, and listen.

What is your opinion on the neurodiversity movement?

I’m the kind of person who makes up her own philosophies. I’m not a follower of any trendy movement, but I know that it is a movement whose time has come. I think I played a part in the neurodiversity movement because I was talking about being proud of who you are and recognizing strengths in my books for years. But I’m not a follower, so I’m not on any bandwagon. I think human beings evolve. We are evolving as human beings, and we are evolving as individuals. I think Asperger’s is just another part of the evolutionary process, just like everything else. And just like every other evolutionary process, it’s always a little bit painful because we have to integrate the new with the old and find our way.