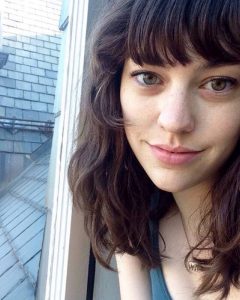 You were recently featured in a short video “Shutting down the bullsh*t about autism.” Are there any other misconceptions people have about autism that you encounter that weren’t touched on in this video?

The video had to be heavily edited down for length requirements, so there are actually several things I touched on in that particular interview that didn’t make it into the episode. For example, while the idea that autism is a terrible thing is definitely “bullshit,” I also think it’s a common misconception in the autism advocacy world that autism is only a positive thing. The real misconception in my mind is making autism into a black-and-white topic. Autism isn’t a fate worse than death, or a hopeless sentence of mediocrity and misery. But many adult autistic people I know are fans of slogans like, “I don’t suffer from autism, I enjoy every minute of it.” As a reaction to the long history of autism being treated as a disease to be eradicated, instead of an adjective to describe a common type of person, the pendulum in the autism community has swung towards autism pride. Which is a great thing! But acceptance at the price of improvement shouldn’t be the goal, and there’s a big difference between “cure” and treatment.
Also, when autistic advocates claim that autism is a wonderful thing and all autistic people need from the world is acceptance, that creates feelings of despair in the people and families who deal with more severe challenges. Autistic people who need a lot of support deserve love and acceptance, but they don’t deserve to be pushed under the rug and ignored in favor of putting a spotlight on only the positive things about autism. Autism is to various degrees inherently disabling, and being autistic makes my life harder than it otherwise would be. Acceptance is wonderful, and I’m proud to be autistic and love the positives of my autistic traits, but I also need access to accommodations, treatment, and help. I think one thing that would greatly benefit autistic adult advocates is meeting and working with more severely challenged autistic people, and having more attention given to blogs and books written by non-speaking autistic people.
Another topic that didn’t get much screen time in the episode due to length is the effect of gender on autism diagnosis. A common misconception is that autism is less common in women, or that autistic women are usually more extreme in their presentation (either very “high-” or very “low-functioning”; there are fewer middle-range presentation women with official diagnoses). It’s my experience that the social rules that govern gender, and how we teach gender to children, results in autistic women and girls being better able to “pass” as neurotypical. Combine this with the fact that the classical image of autism is built around the male presentation, and you get a situation where even professionals often overlook autistic girls. (I once saw a paper about how professionals who do autism assessments say that autistic girls are less likely to display obsessive interests, yet when these girls were reassessed, they have the same prevalence of obsessive traits as their male counterparts. They’re just obsessed with things like makeup or celebrities—culturally encouraged girl interests—instead of trains and cars.)

How did the close people in your life help you develop a positive autistic identity?

I’d say that the people who helped me the most in developing a positive sense of identity as related to autism are not only my autistic friends, but my non-autistic friends who were my allies. As an older child and a teenager, I became self- and socially aware enough to realize that most of my peers also didn’t like me, and that I was obviously different. I wasn’t yet self-aware enough to realize what made me different, only that I was treated differently (e.g., I didn’t know I “didn’t make eye contact” because I didn’t know other people were trying to make eye contact with me). A natural selection process happened where anyone who found me too weird would avoid me, and my closest friends were other “weird” kids who put up with or enjoyed my strangeness. I didn’t begin to develop proper self-awareness and social skills until I befriended a girl who was outspoken enough to point out my differences and help teach me. Tony Attwood calls this the mother hen phenomenon, and says it frequently explains why autistic girls have better masking abilities than boys; it’s socially acceptable and encouraged for girls to take other girls under their wing to nurture each other, whereas non-autistic boys aren’t likely to actively nurture and teach their autistic male peers. I finally had someone who would say things like, “What are you doing? Don’t lean down into your plate like a starving animal, sit up when we’re at a restaurant!” or “You know other people can tell when you don’t brush your teeth, right?” She’s still my best friend to this day, and we support and help each other in many ways.
Another important element in developing a healthy autistic identity for me was just simply interacting with a wide range of autistic people of all ages. I’ve been to so many conferences, events, and schools focused on autism, and I’ve worked with so many autistic kids, teens, and adults, that I’ve met literally hundreds of autistic people by now. I love seeing the things that make us different, and the things that we have in common. It’s especially wonderful to hang out with more severely challenged autistic people (kids or adults) because there’s such a powerful sense of kinship, despite how different we seem to outside observers. I can very intuitively understand other autistic people of all types, and it’s the kind of natural and effortless type of connection I assume neurotypicals possibly have with each other. I can connect with non-autistic people, of course, but it takes a degree of effort. Also, hanging out with autistic people who can’t “pass” as neurotypical is such a calming, refreshing way of getting in touch with myself and my own needs. I used to work with a little boy who was very sensory-oriented, who had very little use of verbal language, and we would spend a lot of time taking long walks just exploring the world through a sensory lens. Playing in puddles, watching the sunset, spending ten minutes crouched on the sidewalk watching ants building an ant mound, and so on. Times like those help me reconnect with the autistic child I used to be, very literally unselfconscious, mindful and in-the-moment, and naturally drawn to activities of healthy self-care.

What is the best way to make someone more aware of, more sensitive to, or more understanding of people on the spectrum? Specifically, what should they be doing? What can others do to help them achieve this understanding?

I think that honestly the best way for non-autistic allies to better achieve an understanding of autism is to learn from autistic people. Reading books or blogs by autistic authors can be a great way to start.
Though one example of a common thing that I think would help others understand the autistic experience is how much of a sensory component there is to autism. That’s something that’s harder to see from the outside, and isn’t as obvious to non-autistic people. And paradoxically, autistic lack of self-awareness can mean that even autistic people aren’t always aware of their own sensory needs. Now that I know what to look for and how to manage it, I notice that a huge factor in my overall life and well being is my sensory experience. In my work in the autism community, especially with kids, I find that my best rule-of-thumb is when in doubt, try a sensory-based solution. If a kid is struggling to pay attention and zoning out, perhaps he’s hyposensitive and needs extra stimulation (like a fidget toy, a break to jump up and down in another room, or background noise like a fan or a white noise machine). If a kid is constantly stressed, anxious, or over-reactive, maybe she’s hypersensitive, and needs less or different stimulation (softer clothes, a hat with a brim in a place with overhead lighting, or permission to take a quiet break while the other kids are having a loud dance party during music class). To give a real life problem/solution example, my boyfriend is also autistic, but he’s on the hyposensitive end of the sensory spectrum—he has a hard time focusing without background input—and he needs to put on music or a tv show while doing something like cooking or else he’ll zone out and start to shut down.

What kinds of autism research are worthwhile? What kinds are dangerous? Why?

Being too positive and sweeping the disabling aspects of autism under the rug can alienate non-autistic family members/allies, and create feelings of frustration and despair in more disabled autistic people (see first question).

Who is your best ally? Why?

It’s hard to pinpoint any one best ally. In many ways the obvious answer would be my mother. My earliest experience of the world was just that all adults who weren’t my mom hated me, and I had no idea why. Looking back, it’s because I was very stereotypically autistic, but because I could speak intelligently, my behavior was viewed with scorn and frustration instead of compassion. For example, I couldn’t sit still for longer than a few minutes, so I was the student who would get up out of my chair and wander around the room far past the age where that was reasonable. I also wouldn’t follow directions for reasons like “because I said so.” Getting me to do anything required a full conversation about why I should—my grandfather couldn’t bring me to preschool without my mom’s help, because she was the only one who had the patience to talk me into my car seat. For a long time, my mother was the only adult who accepted me, and would work with me instead of against me. Over the years, many teachers would tell my mother that something was wrong with me, that I shouldn’t be in a normal classroom, and my mom’s response was always that there was nothing wrong with me, and that they simply didn’t know how to deal with me the right way. So of course she never brought me in for an autism assessment, but it was because she thought I was just fine the way I was, which is exactly the kind of parent I needed the most at that age.
Interested in hearing more about Kirsten and her work? Visit her website: https://kirstenlindsmith.wordpress.com/