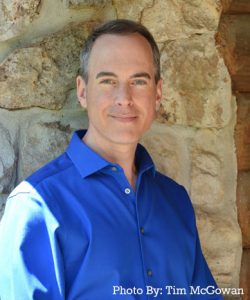 William Stillman, also known as “The Autism Whisperer” for his ability to connect with and interpret people on the spectrum, is a psychic and an award-winning author of multiple books, including Autism and the God Connection: Redefining the Autistic Experience Through Extraordinary Accounts of Spiritual Giftedness. This week he offered several resources for parents interested in learning more about the autistic connection to the spiritual world.

How did your spiritual foundation begin?  How did you first begin to recognize or understand your ability to connect with the spiritual realm?

I was raised in the Episcopal Church. I first started to recognize my abilities as a child, and then I revisited them as an adult. This is all documented in detail in my books.

Where did you first start to develop the theory that autistic people are better disposed to connecting with the spiritual realm?

This theory came from thirty years in the field, meeting with many families/individuals with common experiences but unknown to one another.

You’ve mentioned that silence helps people connect with the spiritual realm, which is why nonverbal autistics may be predisposed, but how does this theory extend to verbal autistics?

The theory extends to include us all. Silence is a founding principle of spirituality.

In a previous interview, you offered the advice for neurotypical people to “presume intelligence.” Have you ever been in a situation with someone who didn’t presume intelligence? Or have you witnessed this in others? What was the effect?

Constantly. It is the norm. The effect is the vicious cycle of the self-fulfilling prophecy; you become what others project upon you.

You’ve mentioned that you can “pass for socially acceptable under certain conditions.” To what extent do you think this is important? Are there situations where “passing” shouldn’t be necessary, and how can parents healthily coach their children in this area?

This is situational. For example, it is important for me to pass for socially acceptable during speaking engagements, book signings, and work-related activities. But this shouldn’t be necessary among loved ones or in privacy of one’s own home.

What made you decide to share your gifts with the world through your books, interviews, readings, or other presentations?

It’s the right thing to do.

What advice do you have for parents who may be trying to figure out if some of their child’s behavior is related to periods of spiritual connection rather than something that is apparently “odd,” or “nonfunctional” and needing correction?

It is important for caregivers to maintain a healthy skepticism as well as bear an open mind in investigating the information observed or shared by the individual.

This is explained in detail in my books, and I offer several examples of common spiritual experiences in the protocol posted to the “God Connection” portion of my site.

Being unpresuming of intellect, and presuming to be the voice of those with autism.

Interested in hearing more about William Stillman and his work with individuals on the spectrum? Visit his website.