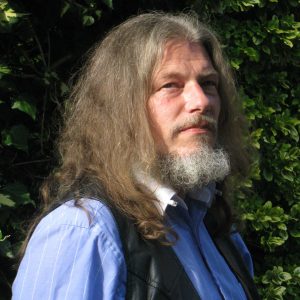 Frank L. Ludwig is an Irish author of several short stories, plays, essays, and poems. He writes about autism appreciation, among other topics and believes “Autism is not only a natural but an indispensable part of human neurological diversity.” This week Frank shared with us his experience receiving a late diagnosis, and advice on how to not only respect individuals on the spectrum, but learn to appreciate the autism’s presence in society.

If I were a child in today’s world, I think my fate would depend on whether my parents’ attitude was that of 50 years ago or that of today. With their old-fashioned stance from back then, they’d probably still follow ‘expert’ advice which would see me suffer Applied Behaviour Analysis and believe the professionals’ notion that I’d never be able to live independently. Today, however, they are more open-minded and might listen to the voices of autistic adults.

I would seek a diagnosis for an autistic child if they required accommodations or services. If not, I wouldn’t see the necessity; besides, an unnecessary autism diagnosis may stigmatise the child, lower their self-esteem (especially in an autismophobic environment) and limit their future prospects.

Friends of mine have a perfectly happy autistic son who only displays the advantages of the condition such as giftedness, intense focus and creative thinking. They asked me whether they should seek a diagnosis for him, and I told them I didn’t see the need; however, I also mentioned to keep an eye on his development to see if he might require support at a later stage.

Is having a diagnosis as an adult freeing in a way? How has your behavior or life changed in light of your diagnosis?

The most freeing moment was actually the moment I realised that I’m autistic. Suddenly I understood what separated me from others, and why most other people, from my point of view, acted so strangely, illogically and unpredictably.

The diagnosis itself was a relief in another way. Like most autistic persons, I am unemployed, and since I receive disability allowance (even though I only see myself as disabled by the expectations of society) I’m not being put under pressure by the labour department any longer. I am still looking for employment, but the anxiety resulting from that pressure is gone.

Besides my highly reduced anxiety level, knowing that I’m autistic has helped me realise how little I need the company of others. These days I hardly go out, apart from attending a weekly poetry circle and a monthly open mic which is followed by a visit to the pub. Less socialising also gives me more time to research topics of interest, write poems and take landscape photographs.

It hasn’t been pointed out to me so far, but I’m quite aware that I act more obviously autistically since my discovery. In the old days, I was anxious not to behave too awkwardly and developed a lot of mechanisms, such as copying the behaviours of others in certain situations. Today those around me know about my condition, and I know perfectly well that I’m awkward, anyway.

Another aspect is that since my discovery I reflect more on my actions. While I was often aware that something could upset others, I still did it when I considered it justified. Today, even when I consider it justified, I additionally ask myself if it is necessary.

On your website, you’ve written, “When I’m amongst a group of people, I’m never sure whether I am an accepted member of that group or somebody whose presence is merely tolerated.” How does this make you feel and does it limit your life in any way?

That depends on the behaviour of the other group members. When I’m being approached by others or included in their conversations, I can feel quite relaxed. When I stand alone amongst several subgroups, I feel uneasy, wondering whether this is coincidental or deliberate and hesitate to approach others for fear of imposing on them. In the meantime I rarely socialise, and the groups I still frequent are of the first type.

I certainly attribute my creativity to my autism, be it in writing, developing ideas or problem solving, because autism enables us to think originally (‘outside the box’).
My ability to focus intensely on something of interest, such as researching a topic or writing a poem without taking a break for hours on end, is also undoubtedly a result of my autism.

As a childcare worker I also found my attention to the individual child an advantage. For example, I usually was the first to spot if a child got upset while many of my colleagues were happy to have a functioning group and only became aware when the child burst into tears.

You believe that autism has enormous potential for the progress of mankind, “a potential which has permanently been interred beneath traditional teaching methods, but which could be unleashed by finding appropriate ways of creative and self-directed education that suit our nature.” What might this look like in a current education setting? What specifically has to change for educational institutions to better support people on the spectrum?

Ideally autistic children would be taught in separate classes by autistic teachers, because they have a better understanding of how our minds work. In these classes the focus would be on learning visually and creatively, repetition would be avoided, and the children would have the opportunity to have their interests integrated into the curriculum. I wrote a short article about this scenario at http://franklludwig.com/autisticteachers.html

How can parents best advocate for their autistic children (either at home or in school) to achieve whatever potential they have to contribute to the progress of mankind?
First and foremost they should support and encourage the child’s interests; after all, every great professor started out as a little professor.

Besides that, it is important to make sure they have a safe place where they can be on their own (their own room, ideally), avoid anything that could cause unnecessary anxiety or frustration and, of course, reassure them that there’s nothing wrong with them.

The term autism advocate is used by many, even those who advocate for the search of a ‘cure’. I think the most common mistakes are ignoring the voices of autistic people and dismissing those who can express themselves as too ‘high-functioning’ to understand their child, focusing on our weaknesses rather than on our strengths, insisting on non-autistic behaviours such as eye contact and suppressing autistic behaviours such as stimming and, most of all, presuming incompetence (‘My child will never be able to …’).

For parents who are trying to raise their children with a positive autistic identity and avoid the culture that tells them they must find a cure, how might they address issues that arise when their children meet others who aren’t accepting of their differences, who ostracize them for being autistic, or who treat autism like a disorder that needs “fixing?”

These parents should patiently explain to the others why they don’t see their children as disordered or disabled, why their children may act a certain way, and explain autism from their point of view. If the issue is a disagreement or complaint, the search for a resolution should include the child and centre on the child’s reasons for the behaviour at issue.