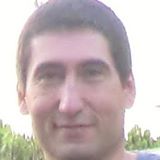 Roy Dias teaches English as a second language at a school in Portugal where he lives with his wife and two sons. He and his two sons are all diagnosed with Asperger’s Syndrome. In addition to teaching and caring for his family, he writes fiction to promote autism understanding and acceptance, including the Aspean series. This week he shared his experience publishing his series and raising two sons on the spectrum.

Were you diagnosed with Aspergers before or after your children were? How did you feel about receiving a diagnosis?

I was diagnosed with Asperger’s after my eldest son was diagnosed, well it was actually while my son was being diagnosed 🙂 Me and my wife already knew that my son was different, we just didn’t have the correct diagnoses yet. He was first diagnosed with DAMP –   Deficits in Attention, Motor Control and Perception, but that didn’t quite explain all the quirks, so we started to surf the net looking for answers. Soon enough we found that Asperger’s ticked almost all the boxes for my son and for me. We then found that one of the most experienced doctors in Europe (in terms of Asperger’s) was actually Portuguese, so we booked an appointment. When he met us at reception and led us to his office, he told us that just by greeting my son it was obvious that he had Asperger’s. Later on in his office the doctor mentioned that Asperger’s had a strong genetic component and that I too had Asperger’s (It comes from my Dad’s side). So in a couple of hours, my wife found out that she was living with two Aspies.

What inspired you to write the Aspeans series?

This is a good question and not an easy one to answer– there were many factors involved. The most important reason had to do with me wanting the readers to experience what life was like as an Aspie, not so much what they have to deal with, but how they are sometimes perceived in our society. Since we are different, we  are automatically labeled as strange. People don’t waste time with strange. So I decided to show them how difficult it can be to have Asperger’s and how some of their reactions can hurt  us. Through science fiction, I tried to show the readers that we sometimes feel like aliens and that we are sometimes treated like aliens too. When I wrote the series, Asperger’s and Autism wasn’t so well known. It was before The Big Bang Theory started to become popular and before The Good Doctor, which I find have helped people understand us a bit better (with flaws like anything else, but still positive overall).

Describe the challenges and successes of the publishing process.

It’s not easy to publish a book. I first tried to send my manuscript to traditional publishers, but I was rejected many, many times. I then decided to self-publish. I surfed the net and learnt how to do it, and then I published my books. Self-publishing is hard, and to be successful you have to have a remarkable book (not the case… I think it’s not a bad series, but it’s not fabulous!) or be very present in social media (umm I have Asperger’s…..social….yeah). I don’t regret publishing the series mind you, I just had to lower my expectations. I’m proud of some of the reviews I got, and I’m proud of receiving some great emails from people with Asperger’s and parents of Aspies thanking me for writing the series. For these reasons it was all worth it.

Have your children read your book? What do they think of it? Is it difficult to find other books with protagonists who have Asperger’s?

Both my kids have read the series. They know I used them as an inspiration so they would sometimes say, “I’m not that naive” or “I wouldn’t react that way,” but they both enjoyed the series and the use of my imagination. Going back to what I said in relation to question 2, I think Asperger’s and Autism is very “fashionable” nowadays so there is a lot more material available.

How is autism perceived in your home country of Portugal? Does more need to be done to improve societal acceptance?

From what I’m able to perceive through social media and certain Aspie groups I belong to, here in Portugal it’s practically the same as it is in the States. There’s still a lot to be done in terms of acceptance. Aspies still tend to be victims of bullying and tend to be excluded in society. But things are starting to improve, at a slow rate, but nevertheless, things are improving. Here in Portugal I was fortunate to be surrounded by great people who made the difference. My wife, my family, my kid’s teachers, and my kid’s colleagues and friends.

Generalizing and stereotyping. Over-protectiveness. But I don’t see these as mistakes. It shows that they care and that they’re doing their very best. We all make mistakes.

How do you help your children develop a positive autistic/Aspie identity?

I tell them that they are different, but in a good way. They shouldn’t try to hide it, or be ashamed of who they are. Sure they have limitations and difficulties– we all do. But as long as they are aware of their limitations and capable of asking for help (to the right people) they’ll be fine. I also tell them to make an effort to fit in. (OK this part might not be so well-perceived and might have people ranting, so I hope I’m able to transmit this positively.  Again, this is in relation to my kids whom I know very well, and not meant to be generalized) I know it’s not easy, it’s bloody hard! but it can be rewarding in the long run. I explain social cues and ask them to try them out (looking in the eyes while shaking someone’s hand and smiling), these things are easy for neotropicals, but not for them. They sometimes tell me that this is how they are, and that people should just accept them (They have very strong personalities, which makes things easier and harder). I tell them that if they landed on a different planet where everyone hopped on one leg, and to fit in and to be accepted everyone had to hop on one leg that if they didn’t hop they would be marginalized and excluded from society. Of course you think this is ridiculous hopping on one leg! Preposterous! ….but would you risk not doing it? Wouldn’t you hop?