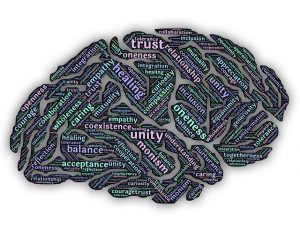 How invested are you in the neurodiversity movement? The societal shift to treat autism (along with a variety of atypical neurological conditions) as a difference rather than a disease has improved autism acceptance, thereby potentially improving the quality of life for individuals on the spectrum. But it would be a mistake to think this movement is only for autistic people. Parents too have several important reasons to embrace neurodiversity.

Why the Neurodiversity Movement Matters to Parents

Isn’t this a goal of every parent? To raise a happy, confident child? Autistic individuals face many obstacles to achieving this peace. They can experience a regular assault of social confusion, isolation, and ostracization. In addition to these difficulties, if they are raised to believe that autism is something they should hide or rid themselves of, it will be difficult to develop good self-esteem. The guiding principles of neurodiversity teach that autism is tied to one’s identity and that a willingness to accept and embrace neurological differences allows for autistic individuals to develop a positive autistic identity. They can learn to love themselves for who they are rather than what they can be with “help” or “fixing.”

Understanding the guiding principles might encourage you to change your child’s current therapy program and/or goals.

Neurodiversity favors an approach to therapy that is centered around the desires of the autistic individuals and seeks ways to improve quality of life as an autistic person and not as someone who is “free” or devoid of visible autistic symptoms. When my son was 4, I found an ABA program that promised to offer opportunities to learn about his precocious special interests while teaching verbal and social skills. I had read about issues some people on the spectrum had with ABA, but I didn’t notice this at his center at first, so I pushed the warnings aside. This was wrong. His initial excitement with the program faded, and I regret not pulling him from the program sooner.

With some staffing changes came a new day-to-day emphasis, and the prioritization of “quiet hands” and eye contact didn’t sit well with me. I had read autistic accounts of being forced to act less “autistic” in therapy and the trauma this caused them. After trying unsuccessfully to address these issues, we withdrew him and started a much more relaxed program in our home. This is just one personal example of how learning about autism through the eyes and experience of people on the spectrum changed the decisions I made for our family. As I’ve read more autistic accounts and talked to more people on the spectrum, I’ve gained a better (although I’m still always learning) understanding of how to embrace and support my son throughout each phase of his life. Paying attention to what autistics are saying will most likely do the same for you.

Understanding the goals neurodiversity movement will shape your advocacy efforts.

Neurodiversity advocates have a different approach to advocacy than traditional autism advocates. They discourage attempts to cure or treat autism. They encourage autism research into ways to improve autistic living now, not into ways to completely eradicate the existence of autism and prevent any further occurrences. They support therapy to improve the quality of autistic living, not one that trains individuals to hide all traces of autism. These advocacy efforts trickle all the way down to our daily interactions with autistic individuals and the language we use to talk about autism. For example, many autism self-advocates prefer identity-first language rather than person-first language. Additionally, talking positively or neutrally about autism can go a long way in shaping an autistic child’s self-esteem.

Embracing neurodiversity teachings will shape the way you raise your other children.

Families who embrace neurodiversity teach patience and acceptance of differences. Siblings in these families learn to celebrate and appreciate differences rather than merely tolerate them. These parents don’t teach that they must all love their sibling anyway even though there is something “wrong” with him. Instead they continually stress the strengths of all members and draw parallels about the human experience. They explain that everyone has different likes, dislikes, strengths, weaknesses, ways of communicating, sensory sensitivities, etc. Finally, they emphasize the importance of treating everyone with dignity and respect and (issues of morality aside) instruct not to assume that one way of existing is superior to another.

Neurodiversity promotes a peaceful way for parents to live.

Autism parents face many challenges in finding and securing the right supports for their children. But the warrior persona (parents doing everything in their power to “fight” autism), while certainly well-intentioned, can send the wrong message to autistic children. Again, neurodiversity advocates don’t wish for the world to be rid of autism, but rather they seek solutions to help autistic people live their lives more freely, independently, and positively as autistic people. Generally speaking, isn’t peace and acceptance preferable to war? Embracing neurodiversity does not mean you sit idly by, refuse all therapies, and accept whatever limitations come your child’s way, but it does mean that you approach differences with a discerning lens and a lot of humility. Atypicality is not always bad; there’s much to be learned from the different brains of those around us.

Once you’ve established an environment that allows your autistic child to live freely with autism and not feel pressured to hide every trace of it, he may feel more comfortable connecting with the autistic community (or you can help facilitate this connection). There’s a whole world of self-advocates who embrace their autistic identities and support others to do so. If you are a neurotypical parent, the autistic community offers your child something you can’t: expert experience navigating a strange world.

Many self-advocates are speaking out in favor of acceptance. The primary argument against neurodiversity I see is that its main advocates are only a “little autistic,” not representing what true autism looks like and therefore are deemed unable to speak for the majority of autism family experiences. First, this still doesn’t deny the reality of those who speak in favor of it. But I would also encourage parents to dig a little deeper because there are plenty of nonverbal, classically autistic people who favor the tenets of the neurodiversity movement (Loud Hands is a great start if you’re searching). I’ve also seen parents dismiss the opinions of autistics on this issue because they believe their expertise is somehow tainted by their autism. In other words, their autism makes them unable to speak intelligibly for themselves. This sends a clear message to the autistic community that they are unable to self-advocate and their opinions and expertise are unwanted.

Not all individuals on the spectrum will have the same opinions regarding neurodiversity, but parents should strive to learn about what the autistic community is saying and what their own children want. Neurotypical parents must stop assuming they (or their child’s neurotypical doctor) are the sole gatekeeper of autism knowledge and that their therapy/”treatment” plans are superior to those ideas coming from the autistic community or their own children. We can’t understand everything about advocacy because we haven’t lived the autistic experience. We naturally fall short and need to look to the autistic community for help. Studying the principles of neurodiversity and following the writings of those who support it is where we start.