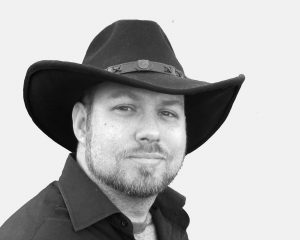 Gillan Drew is a British author and father of two daughters. He was diagnosed with Asperger’s Syndrome at 28 and blogs about his life at Aspie Daddy. Gillan is the author of An Adult with an Autism Diagnosis: A Guide for the Newly Diagnosed. This is the first part of a two-part interview with him. This week he shared his experience grappling with a diagnosis later in life and offered advice for offering support to other autistic adults.

Describe your attainment of a diagnosis. Did it come as a shock? How did you develop a positive autistic identity in the months/years that followed?

I was diagnosed at the age of 28 after a lifetime of struggling to cope in my own skin. Over the years, I was variously misdiagnosed as having cyclothymia, dysthymia, major depression, bipolar disorder and emotionally unstable (borderline) personality disorder, and put on all kinds of antidepressants and mood stabilisers. Nothing seemed to work. I bounced from place to place, job to job, unstable relationship to unstable relationship, and had several mental breakdowns. I had no idea how I’d be able to keep picking myself up and starting over for the rest of my life.

One day, my mother watched a programme about child mathematics prodigies and one of the boys, who had Asperger’s Syndrome, was just like me as a child, speaking like a little professor and having no social skills whatsoever. As soon as the programme ended, the phone rang. It was a friend of hers who said, ‘Did you just see Gillan on TV?’ So my mother read up on AS and for the first time found something that fit me in every way.

When I read about AS, it was like a lightbulb going on. I went straight to my psychiatrist and asked her whether I might have Asperger’s. She was emphatic that I did not. ‘I’ve met people with autism,’ she said, ‘and they don’t make eye-contact and they wear soft jumpers because they have very sensitive skin.’ So, because I had trained myself to make eye contact over the years, and because I wore shirts, I couldn’t be autistic.

After six months of lobbying, I finally got a referral to the only person in my county able to diagnose adults with autism, and within ten minutes of meeting she said that I was ‘absolutely on the autism spectrum’. So that was that.

It did come as a shock. Relief at finally knowing I wasn’t just weird or weak, quickly gave way to depression. I sought every piece of evidence to disprove the diagnosis. Then I applied every worst-case-scenario to myself and wallowed in self-pity that I would never work, never get married, never have children. It was only after meeting many other people on the spectrum that I started to realise just how diverse the autism community is, and how our capabilities, strengths, challenges and needs are contained in us as individuals, not in the pages of books. We didn’t cease to be individuals when we were diagnosed, so how autism affects us, and how we face up to life, is unique to each of us.

I then embarked upon a long period of self-examination, thinking over my life and all the problems I’d had, all the struggles in relationships and workplaces, all the bullying, all the things I didn’t understand, and assessing them using Asperger’s as a contextual frame to work out why they happened the way they did and how I might have done things differently. It was only after this that I was able to fully accept that I had autism, and that my future was up to me. I am who I am because of my autism, and it is inseparable from my identity, not a disease or a difficulty or a mistake. It is me. And that’s okay.

Describe the process of writing your book “An Adult with an Autism Diagnosis: A Guide for the Newly Diagnosed.” What do you hope readers gain from it? What was the book-writing/publication process like?

After being diagnosed with autism, I was sent away without so much as a leaflet to explain to me what it was. I was left with so many questions, and with nobody to answer them. I obviously turned to books and the internet. Unfortunately, I very quickly discovered that most of the stuff out there was targeted either at parents of children with autism, or at professionals working in the field. I didn’t need to be told how to make friends at school, or ease the transition from middle-school to secondary school, because I was already past that. There was so much jargon, so many unexplained terms and assumptions, and nothing on what I wanted to know about. In short, there was absolutely nothing for the newly-diagnosed adult receiving life-changing news and trying to make sense of it.

After struggling to come to terms with the diagnosis myself, and having gone through so much in my life that I now finally understood after analysing it in terms of autism, I decided to write the book that I wanted when I was first diagnosed – something that would explain, in layman’s terms, what autism was, how it might affect me, how it related to work, living situations, social and sexual relationships, and parenting, how I could accept myself, and how I could make positive changes to my life that would make it easier.

My hope from the book was to help people come to terms with an adult diagnosis and not feel so confused and alone. It was never meant to be a one-stop-shop, but an initial port of call so people can orientate themselves in the world of autism. The feedback has been fantastic, and many people have said that it has helped them in their day-to-day lives. What has surprised me is that, while it was written specifically for adults who have been diagnosed, many people with autism are giving it to neurotypical friends and relatives to help explain to them what it is like to live with autism. It is very gratifying to know that it is doing what it was intended to do, and that makes the effort to write it entirely worthwhile.

Probably the most useful support for me is my four hours a week of an in-home support worker. The best thing – something that I think is essential for most, if not all, people with autism – is having a person to offload to. In my book, to explain how the autistic mind works differently from that of a neurotypical, I say to imagine a filing cabinet wherein every thought, feeling, impression and emotion is a sheet of paper stored in a file, placed in a folder and put in a drawer. The way the neurotypical mind works is that they open a drawer, take out a folder and a file, look at the piece of paper, and when they’re done they return it to the file, put it back in the drawer, close it and they’re done. The way an autistic mind works is that we open a drawer, pull out a folder and look at our sheet of paper. Then we open another drawer and take out another folder. And another. And another. And before we know it, we have all these open files and folders and drawers, and bits of paper everywhere, and we don’t know what goes where or how to put any of it away and we’re in a great big mess.

Essentially, those of us with autism often dwell on things. Our thoughts become obsessive, we become overwhelmed and can’t let go of tiny things. It is through the process of dumping this pile of thoughts onto somebody else – offloading – that we are able to return the papers to their requisite drawers, close them and walk away. That is the greatest support we can be offered.

What we lack, however, is the ability to access such a service 24/7. When you’ve got obsessive thoughts spinning through your head at three in the morning and you’re becoming increasingly confused and finding it difficult to see the forest for the trees, there’s nobody you can turn to in order to offload your agitation. You simply have to forego sleep and wait until your support worker arrives later in the day to give you peace of mind. I think a helpline – just a voice you can offload to or who can offer a tiny bit of reassurance – would make many of our lives that much easier.

Name some basic, practical behaviors, attitudes, etc. NTs can adopt in order to make you (or someone else like you) more comfortable in a social setting.

Some basic rules for easing an autistic person’s social anxieties is to remove or control the more challenging aspects of the social environment. People with autism tend to struggle with large groups, with lots of colour and movement, and with noise. Thirty people going to a nightclub is therefore far more difficult to cope with than four people going for a walk, so this ought to be considered. Likewise, we often don’t like unexpected change, so if we’ve met up to have a coffee with someone and they bring a friend along, or they suddenly decide midway through that we should all go ice-skating, or they change the venue or time at the last possible moment, it can send our social anxieties spiraling. Making a plan and sticking to it is far less socially stressful than playing it by ear or winging it.

I also find it much easier to cope when there are fewer demands or expectations placed upon me. If I know I can leave anytime I want, without judgement, or take a time out if I need it; if I have the means to escape because my car is not blocked in; and I can sit at the end of a table in a restaurant instead of being trapped in the middle with my back to the wall, then I find social situations survivable. I also prefer to socialise when it is a group activity such as bowling, where we have clear roles and a common goal and all understand the rules of the interaction, than a structureless meeting in a pub where you socialise for socialising’s sake. I’m fine going to the cinema, for example, but going out for drinks afterwards with those same people is often more than I can handle.

Lastly, the best way of helping somebody with autism in a social situation is to forewarn them of it. Being thrust into the unknown is an autistic person’s worst nightmare, but if you give me time to prepare, to get my head around it, look it up on the internet, control as many variables as I can and emotionally ready myself, there are few things I can’t truly manage, even if I might not enjoy them. Oh, and don’t tell me your cousin ‘caught’ autism from a vaccine because that rubbish drives me completely insane!