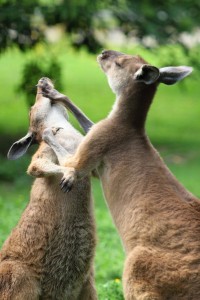 Parents of autistic children are at war. Autism tends to produce polarizing supporters, perhaps because of the spectrum of symptoms. One major argument comes from parents of “higher-functioning” autistic children advocating for neurodiversity and even the perspective of embracing autism as a “gift” while parents of more severely disabled or “lower-functioning” autistic children insisting that autism is no “gift” but rather something they would shed in a second if they were given the option. Unfortunately, this debate has been as much in the public view as information about the complexities of autism itself.

Why is the Autism Debate So Heated?

Some parents condemn the tendency to treat autism as something needing to be fought or “treated.” They also avoid using language like “the need to search for a cure.” They purport that this language makes autistic people feel bad about their autism, a part of their identity that they cannot eliminate. Many autistic people claim that autism is a part of who they are and that there is no person that exists apart from their autism. It follows that acting as if the autism is something they can shed is unrealistic and demeaning.

On the other hand, other parents are outraged by the call for such language, claiming that autism is no gift and that those who speak about neurodiversity and autism acceptance can’t possibly be speaking for their children, who exhibit profoundly severe symptoms. Most autistic advocates are verbal or able to communicate with assistive technology, and parents of children who do not have these capabilities claim there is no way for neurodiversity advocates to understand what their daily reality is and then push everyone to embrace autism.

I think there is a large public debate about this for several reasons:

A Defense of Neurodiversity Rhetoric

I wrote a previous post about Neurodiversity Opposition and finding peace within the neurodiversity debate. The neurodiversity movement is led by autistics who are verbal and articulate or at the very least able to communicate in writing; however, I don’t think this fact alone should dismiss the rhetoric entirely for a few important reasons:

Below is my list of advice for anyone trying to find peace within the public debate about autism:

This blog is focused on offering useful tips that help autistic people NOW, and a neurodiversity approach has been certainly helpful for some. I think it’s fair to admit that it is helpful to some but not all; however, let’s acknowledge the differences where they exist and not demand one group of people abdicate an approach that is particularly helpful for their children.