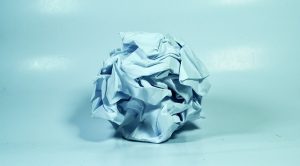 It’s crucial to acknowledge the voices and opinions of individuals on the spectrum and let their wisdom guide your advocacy approach. Despite our best efforts, parents can sometimes get comfortable in the daily identity of raising a child on the spectrum and forget to constantly reflect on parenting and advocacy approaches. Listening to the autistic community helps us gain our bearings and work productively to help our children develop.

I don’t assume I know exactly what other parents or people on the spectrum experience on a daily basis. My experience (and my son’s) are unique just like every other parent and child’s are, both on and off the spectrum. However, there are some advocacy behaviors I have seen others exhibit that I have chosen to avoid because they don’t fit the advocacy and acceptance model I believe is best for my son. These include:

I have spoken to many individuals on the spectrum who also agree that these and other advocacy behaviors are unhelpful. No one person can speak for everyone on the spectrum though. However, because we parents tend to hear so much from medical doctors, psychologists, and other autism parents (and not as much from autistic self-advocates), I wanted to provide some resources for reading what other people on the spectrum had to say about autism advocacy.

Below are some opinions from several individuals on the spectrum I’ve interviewed regarding mistakes they believe autism advocates make:

“If there are mistakes made, I would suggest it is assuming that their view of a happy life equates to an autistic person’s view of a happy life, and it is possible that the two may not be the same. My idea of happiness is solitude and silence or rewriting my schedule for the next month over and over again. If an advocate thinks that happiness is lots of social interaction and reducing my repetitive behaviours, then we do not have the same goal.”

“The main mistake autism advocates make is giving up.”

“One [mistake] would be phrasing things in a way that makes it sound like they’re raising awareness of themselves rather than the children (I don’t think any parent intends to do this, but if your advocacy sounds like ‘how difficult it is to raise an autistic child’ rather than ‘how my autistic child is struggling,’ others may interpret your advocacy wrongly).”

“Getting over-invested in the autism “politics.” This is where “identity” can become in crisis, and mental health can breakdown…My personal opinion is that everybody has a story and that their realities are just as valid as anyone else’s – there should not be a single representation, but a more egalitarian outlook where all person hoods and realities are taken into account. It is my opinion that autism isn’t culture, but a “culture” has been created around autism.”

“They tend to show the most disabling symptoms associated with autism. I feel this leads to misconceptions about the ABILITIES autistic people have.”

“I have commonly seen advocates alienate neurotypical parents by attacking them on their choices for their children. We will get nowhere like that. They need to be educated and given the choice to listen to us willingly.”

Who Gets to Be an Ally? by Lydia Brown

What is an Ally? by Kassiane S.

How to Be an Ally by Amythest Schaber

Allies: Are You Helping or Hurting Us? by Kimberly Steiner