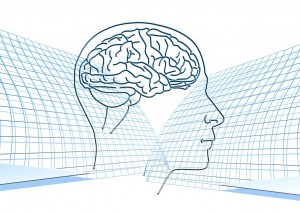 When I first heard about the neurodiversity movement, it made a lot of sense to me and offered immediate advice for teaching my son about autism and helping him grow comfortable with his identity and confident in the pursuit of his dreams. But not all parents and autistic individuals have adopted the neurodiversity philosophy.

What is the Neurodiversity Movement?

Neurodiversity is the concept that encourages the acceptance of a variety of different neurological conditions. It asks people to embrace neurological differences, treating everyone with dignity and respect. The neurodiversity movement refers to the advocating of civil rights for people of all different types of neurology. Autistic self-advocates are most responsible for the cultural acceptance of the neurodiversity movement, although many other non-autistic individuals participate as well, including those with neurological differences such as ADHD, bipolar disorder, dyslexia, and Tourette Syndrome, among others.

More information about the history behind the neurodiversity movement can be found in the LFA Autism Advocacy Toolkit.

I’ve embraced the philosophy behind the neurodiversity movement because it will help my son and so many others like him live happier and more productive lives. It offers autistic children the benefit of growing up more confident in their neurology, and, because of the awareness and acceptance campaigns now gaining more public exposure, one can hope that society might be more welcoming to autistic individuals than ever before. However, this ideology isn’t embraced by every autistic individual and family.

Opposition to the Neurodiversity Movement

Neurodiversity opposition usually makes one or several of these claims:

Finding Peace within the Neurodiversity Debate

For parents trying to make sense of how best to serve their children and respect autistic input, this debate can be confusing and stressful. I want to offer the following advice as you consider this topic:

1. Neurodiversity is rooted in acceptance, which is good for any human.

2. The opposition is correct about the neurodiversity movement mostly being led by verbal autistics or those who are able to self-advocate (Many self-advocates disapprove of labels like “high-functioning” and “low-functioning,” see John Elder Robison’s post on this topic “High Functioning People Like You Don’t Speak for My Child”). But there are plenty of nonverbal autistics who support it as well. Neurodiversity advocates and self-advocates can still assert their own desire for civil rights without assuming they know what’s best for every autistic child on the spectrum.

3. Most neurodiversity movement advocates emphasize the present. They advocate for ways to improve life for autistics who are living now. This doesn’t necessarily mean they oppose research into causes or ways to prevent severely disabling symptoms for people in the future; instead, many choose to emphasize the supports and accommodations society can make now to improve life for autistic people.

4. Neurodiversity advocates are not opposed to therapy. John Elder Robison explained on his blog “No neurodiversity advocate in his right mind would oppose developing tools to remediate disability from autism.” He goes on to explain that he prefers not to use the word “cure,” but rather acknowledge that someone needs help “remediating his disability.”

5. Constantly trying to engage with autistics who have varying viewpoints and keeping an open mind about how you can best serve the autistic community will always be a valuable pursuit.

The autistic brain is complex and the symptoms varied, which will always be a polarizing factor for the autism community. A fuzzy conception of autism’s cause unfortunately leads to a disagreement on how much attention should be paid to prevention or “cures.” This debate is especially sensitive for the many autistic people who possess advantageous cognitive capabilities and/or view their autism as interwoven in their identity and are thus offended by campaigns to “eliminate” them from the genetic pool.

If the philosophy behind the neurodiversity movement helps improve someone’s quality of life, I think it’s important to pursue. Often times when I hear arguments for or against neurodiversity, it is the most extreme opinions that are discussed. But there truly is a lot of middle ground here. I think it’s best to try and acknowledge the sensitive arguments both the neurodiversity advocates and their opponents are asserting, and, no matter what camp you reside in, look for any areas in which you can work together to better serve more autistic people.

“‘Are You Sure, Sweatheart, That You Want to Be Well?'”: An Exploration of the Neurodiversity Movement by Kathryn Boundy http://radicalpsychology.org/vol7-1/boundy.html