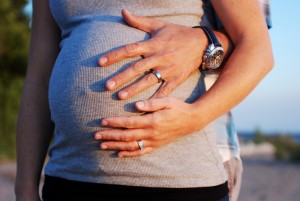 If a prenatal test existed to screen your child for autism, would you have it performed? Should sperm banks be allowed to screen embryos for an increased potential for autism? These questions explore the modern ethical dilemma of disability and eugenics, a controversy our society has grappled with for decades. This topic recently surfaced in the autism community after Ari Ne’eman, President and co-founder of the Autistic Self-Advocacy Network, wrote an article for the Guardian revealing that Britain’s largest sperm bank was screening embryos for autism. Prenatal screening for autism is problematic due to the variation of symptoms on the spectrum, and the ethical implications of eliminating a group of people from the human gene pool.

Although science hasn’t developed a definitive test for screening fetuses for autism, it is most likely coming. When prenatal testing offered women an early option to screen unborn babies for Trisomy 21, it led to a 90% abortion rate in these cases in England and Whales. Would a test for autism lead to similar abortion rates? Some autism self-advocates oppose research and funding aimed at developing these sorts of tests because they fear it will likely lead to higher abortion rates and weaken whatever progress society has made towards autism acceptance. Selective breeding practices at fertility clinics threaten a similar future, one with potentially fewer people on the spectrum. Isn’t this a good thing, some may ask? Not everyone agrees.

Ari Ne’eman wrote an article responding to the London sperm bank that was screening embryos for autism, suggesting the decision was on the road to eugenics. He said:

“Although some evidence suggests eliminating autism, dyslexia and other similar disabilities might remove valuable talents, along with impairments, this is not the primary reason to oppose the emerging eugenics. There is no clear demarcation point between selection on the basis of autism, obsessive compulsive disorder or dyslexia and selection on the basis of social gregariousness, athleticism or personality.” (Ne’eman, “Screening sperm donors for autism“)

But if a prenatal screening were used purely for psychological intervention, as Simon Baren-Cohen suggests in an interview for the Guardian, the practice might be much less controversial. He explains:

“The best case use of a prenatal test at the moment would be if you could say to a parent, your child has got an 80% likelihood of autism and so once the baby’s born, we would like to keep a close eye on that child in case they need extra support like speech therapy or social skills training or some sort of behavioural approach.” (Cox, “Are We Ready“)

Baren-Cohen says that this approach could be risk-free and offer a lot of benefits.

We have to be careful about how our positions on this issue impact the autistic community around us and society at large. What does your autistic child or sibling or relative feel about prenatal screening for autism? Do the autistic people in your life think that you would do anything to rid the world of autism for the future? How might this impact their self-worth? Are we ready for a world without autism? What would that look like? Who gets to decide that a world without autism is better than a world with autism?