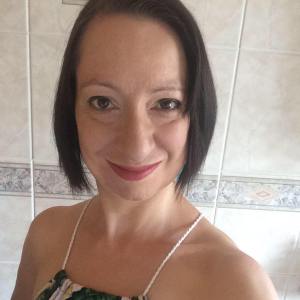 Threedeemee is a UK blogger and mother of an autistic son. Sensory issues and other autistic traits led her to self-diagnose as an adult before a formal evaluation ruled out this diagnosis. Today she blogs at The Greatest Adventure, opening up about her experiences raising an autistic son where other parents can find encouragement, information and support through shared parenting experiences.

You’ve mentioned on your blog that, based on your research, you considered the possibility of being on the spectrum and referred to yourself as “self-diagnosed.” Why do you think some people choose to self-diagnose rather than go through a clinical evaluation?

There are several reasons why people may choose to self-diagnose rather than go through clinical evaluation. I follow the blogs of several autistic adults, and I have discovered that it is difficult for some adults to access diagnostic services, and that even when they do, it is difficult to obtain a clinical diagnosis. Many of the evaluation questions relate to early childhood behaviour, and if a candidate cannot provide evidence of autistic behaviour in early childhood, autism cannot be diagnosed. Additionally, autism in girls appears to present differently than autism in boys, as girls learn to mimic social behaviour better and are more communicative. Consequently, women tend to be diagnosed with depression or anxiety disorders rather than autism. So we have a situation now where children are being diagnosed as autistic and their parents are realising that they display the same traits and share the same experiences as their children and they are questioning whether they themselves might be autistic. However, they may not feel they have cause to request a clinical diagnosis, or they may have concerns about how an “official” diagnosis might impact their employment chances, their insurance, even their social life. They may feel that the process would be too complex for little reward other than understanding themselves better. In those cases they may wish to access the community for support and shared experience, using a self-diagnosis. It certainly seems to be the case that there are many people experiencing sensory issues, communication issues and executive function issues who do not have a clinical diagnosis for a variety of reasons.

Why do you think it’s important for self-diagnosis to be recognized?

I think self-diagnosis should be recognised because autism awareness is still growing, even in the medical profession. The brain is such a unique and complex organ, and autism manifests in such a variety of ways that it is unlikely that what we know about autism now is all that there is to discover. Not everybody with a self-diagnosis is going to have correctly diagnosed themselves, but the fact that they have sought an explanation for their behaviour and their experiences and have found that autism relates most closely, indicates that there is a need for some sort of assistance in their lives. It is unlikely that somebody who is living an untroubled life is going to research and diagnose themselves with autism. It seems that there is a growing number of people who are experiencing disconnect with an increasingly intrusive and “noisy” mainstream society, whether that’s truly autism or something else is not always easy to determine. If a self-diagnosis benefits them by giving them a sense of belonging and support, then I don’t see a problem.  At what level self-diagnosis can be recognised is another matter. It wouldn’t help someone to access mental health support services, social security benefits or accommodations in education or employment. That would still require a clinical diagnosis.

You’ve said you are raising your son “to be open and unashamed about his autism, to believe in his right to an equal place in society and to believe he can do anything he sets his mind to.” What’s the most important advice you have for parents trying to do the same for their autistic children?

For me, the most important element in parenting my son is to be positive, encouraging and enthusiastic about whatever he achieves, however small. We high-five a lot, we have a system of “home points”, which he earns for things such as being polite, being kind, remembering to do a task, being patient and handling a challenge bravely. When he does something well, I praise him. We often discuss what he could do when he grows up; he’s very fond of Thomas the Tank Engine and Friends, so we’ve discussed him being a train driver; he likes the army and playing with soldiers, so we’ve discussed him joining the army; he’s been interested in space, so we’ve discussed him being an astronaut and many other potential careers. At the moment I think it’s a toss up between being a rock star or a sergeant in the army. I want him to believe that he could do anything – I don’t want him to have the mentality that autism is an automatic barrier in life just because he finds some things difficult now. He’s developing and improving skills all the time, who knows what the future holds? I post up all his certificates and stickers from school on the fridge and his bedroom wall, so he has a “hall of fame” that he can see every day. These balance out the constant minor irritations he endures when he forgets to bring something back from school or spills his food down his clothes or forgets what he’s been told to do. He gets frustrated with himself at times, and we do discuss why he has difficulty with some things, and we acknowledge that it’s autism. Sometimes it’s down to him being a child, sometimes it’s autism, it’s not always easy to know which. It’s a fine line to walk between being gently firm, making clear that something isn’t acceptable, and being understanding and positive about who he is and what he can do. At times it can be hard to maintain perspective and not to get angry, particularly if I’m tired, but I do my best to let him know that he’s loved, always, just as he is.

What mistakes have you seen neurotypical parents make when advocating for their autistic children?

I don’t have a lot of experience in communicating with or following other neurotypical parents. I find that a number of Facebook pages people post links to or comment on tend to use either the “inspiration” angle or the “brave parents” angle, neither of which appeal to me, and so I tend to avoid other “Autism Parent” sites. Our children can be inspirational, my son has certainly inspired me to be braver, mentally tougher, care less what others think and indulge in the whimsical. But he isn’t a paragon of virtue, an angel, or some other special being to be mounted on a pedestal. He’s a boy, like any other. First and foremost, our children are children. They happen to have neurological differences that set them slightly apart from their peers, but they are children. Neither are we “brave” parents. We are parents, learning to deal with a circumstance we probably didn’t envisage or know anything about before parenthood. Autism is neither a curse nor a blessing, it’s just another aspect of life.

What are some of the most valuable things you have learned from listening to individuals on the spectrum?

Following the blogs written by autistic adults has been very educational. I gained insight into some of the challenges they face in employment, in education, in conducting every day tasks. I learned of their anger in being seen as defective, broken or disadvantaged. Many of the people posting felt that they were fine, it is the rest of the world that has the problem in not being able to understand or accommodate autistic people. I gained a better understanding of the sensory issues my son struggles with and judgement issues, discovering that these issues can continue into adulthood and therefore frustration and nagging is an unhelpful response to something he cannot necessarily help. It reminded me that the best option is always to look for ways to manage a situation rather than try to force change.

How can parents improve autism acceptance in their own communities?

I’m a big fan of being open about life with autism. It’s amazing how many people know someone who has an autistic family member. I write a blog, but something as simple as posting about daily life and posting links to other people’s Facebook pages can help. The National Autistic Society runs awareness campaigns http://www.autism.org.uk/get-involved.aspx. Awareness is growing and the best thing I would advocate is to be honest, open and realistic about your family life. Don’t excuse your child, don’t be embarrassed, don’t apologise for your child. It’s certainly hard not to be embarrassed when your child is having a full meltdown in public but the more people who say “this is an autistic meltdown, not a tantrum, would you like to know some more about autism?” the better other people will understand. The more people post about their experiences and share the joy, the sorrow, the embarrassment and the humour, the more autism will become just another aspect of life in all its variety and richness. I’d like my son to be known for who he is and what he has achieved, not what he is and what he’s had to overcome. I’m sure that’s what many parents would like for their children.