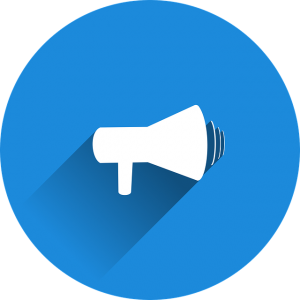 Do you consider yourself an autism advocate? Are you advocating in ways that the autistic community would appreciate? How do you know? Reaching out to the autistic community takes a dose of humility, but that’s only the first step. To what degree and the manner in which we reach out is even more important. The basic seeds of advocacy must begin on a foundational respect for the humanity of individuals on the spectrum.

The best advocacy efforts begin with a sincere respect for the individual on the spectrum. If you have a genuine respect for autistics, you don’t merely read a few blogs or talk with your own child about autism. It’s important to welcome input and advice from people on the spectrum as worthy members of your support team. They can’t be treated as token consultants that are only peripheral to the advice gathered from neurotypical doctors and therapists.

I’ve also realized that it’s important how advocates talk about reaching out and the language of patronization. A few years ago, I was talking to a college student on the spectrum who offered an example of this. The student was attending a poster fair with information about students and disabilities. When the student took an interest in one of the boards and said, “I’m autistic–,” another woman standing near the presenter interrupted, “You mean you are a person with autism.” The student corrected the woman and explained the preference among many in the autistic community to use identity-first rather than person-first language. In this situation, the woman had the false presumption that she knew more about how people on the spectrum want to be identified. This student immediately rebutted with a defense of identity-first language, but the unconscious patronization of the fair attendee highlights an important societal problem. See my previous post about autism and ableism for other examples.

I had a similar experience that reminded me of the subtle power language conveys. Someone recently contacted me about the wording of my website, taking issue with the statement, “We believe in the value of including autistic individuals in the public conversation about autism.” The writer suggested this language clearly implied the autistic was second, an “afterthought,” and that parents know best, which is incredibly patronizing.

I was initially surprised by this view, since I spend so much time engaging with the autistic community and trying to communicate what I learn to parents and teachers through this site. My goal with this site is to combat the traditional and commonplace belief that doctors, therapists, and parents know best. But I understand how the statement could be interpreted, and I think it’s important for neurotypical parents, doctors, and therapists to constantly be corrected in ways like these so we can learn to truly respect individuals on the spectrum and communicate that respect in what they say and do.

Do you harbor any patronization of individuals on the spectrum? How does this manifest itself? What might help you address it?