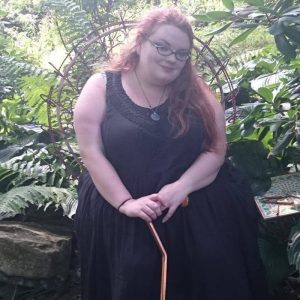 Savannah Logsdon-Breakstone has led advocacy campaigns at national, state, and local levels. Savannah is an active member of and social media coordinator for ASAN (Autistic Self Advocacy Network) and board member and current vice president of the PA based SAU1 (Self Advocates United as 1). She blogs at Cracked Mirror in Shalott and writes for many other multi-contributor blogs. This week she shared some of her experience advocating for herself and others on the spectrum, offering practical ideas for parents and educators who want to support their children.

In what ways do you advocate for yourself and others on the spectrum today?

I do a lot of policy work as well as sharing information with people. On the state level, I have been involved in waiver re-writes for our developmental disability system in PA. I spent a lot of time going to meetings and trying to get our waivers to be more respectful of our rights as well as our dignity and our self determination. I also go to advisory meetings with the PA office of developmental programs to make sure autistic voices are heard, and to support the work of my colleagues with Intellectual Disability. I’m also on our DDC and our SILC, which means I give insight to a major funder in our state and work to include the voices of people with developmental disabilities in cross disability systems change, respectively.

What support have you received throughout your life that you found especially helpful?

My mother worked really hard to include me in advocacy from a young age. She understood that I needed to develop advocacy skills early, and also that she needed to step out of the way when I was ready to do them myself. This is something that is useful even when someone doesn’t go into formal advocacy- it primes you to both be independent and to identify where you do need help- and to insist those boundaries be respected. Every autistic person- every disabled person- has different things we can do independently, can do if supported in specific ways, and things we need a lot more help with, and knowing what things are which and being able to insist upon it is such an important skill. And since people’s skills change over time, it’s one we are always working on!

Did you ever experience a time when someone thought they were being helpful, but, in fact, they weren’t? Can you explain?

I’ve had people try to voice me without my permission when my words are not coming together very well verbally before. I have specific ways to deal with that, and not at least asking me if I want the support makes it harder to actually be heard! Sometimes this even results in people saying things I do not mean. Thankfully I’ve developed ways to deal with this, but it’s unfortunate that I’ve had to.

I’ve also had friends who were really well intentioned get outraged and stand up on my behalf even when it’s a battle that I’ve chosen not to fight that day. Sometimes I have to choose what battles to fight for really complicated reasons, and when someone assumes that they know these things, it actually does more harm than good. Sometimes something is a minor inconvenience to me, but worth being able to access an environment so I can fight for something else. Maybe I’ll get to that inconvenience later, but know dealing with it now will make it harder to do another thing that is already difficult to get changed!

Speaking over autistics! Assuming they know what we mean before we finish, whether it’s to preemptively dismiss us OR to support us. Assuming that it’s okay to speak for autistics instead of acting as a megaphone for autistics, especially when the autistic has an atypical or idiosyncratic communication style.

Assuming that autistics should want to present more like neurotypicals, and that we shouldn’t want to be associated with our fellow autistics who can’t present that way.

There’s more, but these are the ones that are big ones- but also things allies can learn not to do.

What do you wish more people understood about autism?

Also that all of us deserve respect and dignity. I’ve ended up yelling at people for being respectful of me and then talking to my autistic colleagues with ID or who use AAC or have slurred speech like they are small children. Often times these colleagues are my elders, how dare you assume it’s okay to treat them like children! Yes you may need to support them differently in conversation, but that doesn’t mean baby talk is appropriate, or assuming their interests and needs are automatically the same as children! (Not that there’s anything wrong with having interests our culture terms as childish- but it’s wrong to assume that that interest exists based only on them being developmentally disabled.)

Do you have any recommended reading for parents of children on the spectrum?

Seek out blogs by autistic people. We write with different focuses- some write really academic stuff, some write really wonky policy stuff, some focus on educational approaches, and some focus on personal narratives. You as a parent need to figure out which of these ways of approaching the issues works best for you. My mother really loves the policy stuff, but she’s been into public policy since before I was born. I know some people who love academic approaches, because it’s an approach to issues that they are familiar with from their profession. So figure out what approach works for you and seek out autistic written blogs like that that also support seeing autistic people as full human beings worth of respect. Ones that support the diversity of how brains are in this world.

I also suggest reading Loud Hands, which is an anthology that the Autistic Self Advocacy Network published. There’s a decent variety of approaches in it, but all with a neurodiversity perspective. It really does give you a chance to see what works for you, as well as introducing you to a lot of great authors with a wide range of autistic expressions. (Yes, I have a short piece in it, and disclosure I’ve contracted with ASAN as their social media person for years.)